Judge in Zimmerman Case Says He Won't Step Aside 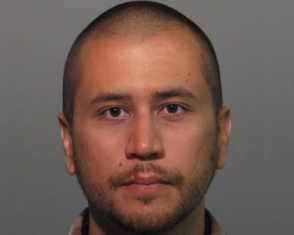 (CNN) -- The Florida judge presiding over the murder case against a former neighborhood watch volunteer who killed an unarmed teenager refused a defense request to step aside Wednesday.

In a two-page order, Seminole County Circuit Judge Kenneth Lester said the July request by lawyers for George Zimmerman was "legally insufficient" for him to recuse himself. Zimmerman's lawyers had argued that their client feared he could not get a fair trial before Lester, who had revoked Zimmerman's bond and blasted the defendant for failing to completely disclose his assets at an earlier bail hearing.

There was no immediate response to the ruling from Zimmerman's lawyers.

Zimmerman is charged with second-degree murder in the death of 17-year-old Trayvon Martin, who was shot and killed while walking through Zimmerman's Sanford, Florida, neighborhood in February. Zimmerman says he shot Martin in self-defense during a struggle, but prosecutors say he racially profiled the youth and ignored a 911 dispatcher's advice not to follow him.

The case drew nationwide attention after civil rights activists questioned why Zimmerman was not charged with any crime after the shooting. Police said they were still investigating the case, and a special prosecutor named to lead the probe amid the controversy brought charges against him in April.

Zimmerman was freed on $150,000 bail after his arrest, but Lester ordered his bond revoked in June after prosecutors told the judge that the 28-year-old had failed to disclose more than $150,000 in donations from the public among his assets. In his order, he said Zimmerman had "flouted the system" and suggested he had been preparing the flee the country.

Lester set a new bail amount at $1 million, and Zimmerman has been out on bond again since early July. Meanwhile, Zimmerman's wife, Shellie, has been charged with perjury in connection with the case, accused of lying to the court about the family's finances. She entered a written plea of not guilty and waived arraignment Monday.