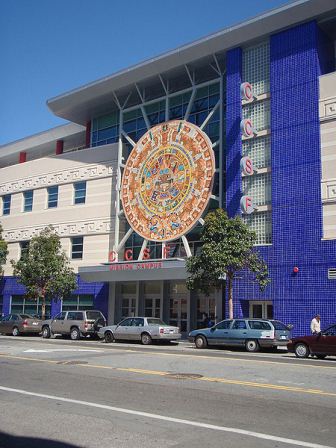 SAN FRANCISCO – When Eunice Kim came to City College of San Francisco in 2007, she was looking for a way up and out of the spiraling travel industry that she'd been working in for nearly 10 years. Sales were down, along with her hours, while the rent on her apartment kept climbing.

Three years later, she'd landed a part-time job as a medical interpreter, helping her fellow Koreans navigate the city's complex health care system. "There aren't many Korean interpreters in the city," she explains, adding that aside from the extra income, her services had also "brought me closer to my own community."

Which is why Kim, 37, greeted the recent news of City College's possible closure with trepidation, saying it would "rob the community – and individual residents -- of a vital service."

Earlier this month, the state's Accrediting Commission for Community and Junior Colleges issued a review report of the school, warning it could lose its accreditation if it fails to address concerns over administrative and financial issues. City College now has until October to "show cause" as to why it should remain open.

Only accredited schools receive state funding, meaning, that a loss of accreditation would most likely lead to the school -- which has already lost some $40 million in cuts over the past four years -- closing its doors.

And that would mean an end to the city's adult education program.

Nowhere Else to Turn

Unlike most other counties in the state, where adult classes are offered through the local school district, in San Francisco that task has historically been relegated to City College. Since 1970 the school has been a vital link for everyone from the newly arrived immigrant looking to learn English to the newly unemployed looking for a leg up.

Santa Ana and San Diego are the only two other counties where adult learning is offered through the local community college system.

Louis Freedberg, executive director of the Bay Area-based non-profit, EdSource, says more than half of the 90,000-plus students enrolled at City College are there for non-credit and non-degree bearing certificate programs that range from ESL to computer skills and gardening. Together, these classes account for a majority of courses offered at the school.

The students in these classes, he adds, represent some of "the most marginalized of California's adult population." In the event that City College does close, he says, "they would have no other place to go."

As for whether the city might shift adult learning to the district level, Freedberg says there's "zero chance" of that happening.

Statewide, adult learning has taken a beating as school districts look to cut costs to contend with anemic budgets. In a recent survey of California's 30 largest school districts, EdSource found that 23 had made major cuts to adult education classes, with one – Anaheim – scrapping the program altogether.

As for City College, Freedberg says part of the problem is that the school has "tried to be all things to all people," which has meant that anyone could enroll. That in turn has led to less than half of students at the school actually achieving their stated academic goals.

From the purview of the state, explains Freedberg, such numbers are "unsustainable… they're wasted resources."

"At the center of the [Accrediting Commission's] report is whether City College can continue with its… noble mission," says school spokesman Larry Kamer, adding that that mission is "being changed de facto" by painful budget cuts, which have already led to some 10,000 students being turned away due to closures.

This year City College lost $17 million in funding and could face another potential $10 million loss should voters reject Governor Jerry Brown's tax hike proposal in November. School officials, meanwhile, have put forward their own ballot initiative, proposing a $79 per parcel tax on the November ballot to benefit the college.

Whether or not such measures will be enough to prevent the school's closing, or just preserve the breadth of adult courses available, is unclear.

Asked about the future of its adult program, Kamer would only say that the "situation is fluid," reiterating that decisions would have to be made with respect to the enormous financial cloud now looming.

And with the strictures put down by the Accrediting Commission, which some have criticized for being too focused on "for-profit" models and "student learning outcomes."

Following a public radio broadcast on the topic of City College, one listener emailed to note that the accrediting process has "taken a hard right turn into very new and very strange territory." Another accused the commission of attempting to "put public institutions out of business, and funnel tax dollars to for-profit schools… The best way to do this is to somehow 'prove' that public colleges are doing a bad job."

Professor Norton Grubb with the Graduate School of Education at the University of California at Berkeley has spent his career studying, among other things, the community college system. "All the indicators collected [by the Accrediting Commission]," he says, "are tied to degree completion in credit-bearing courses."

Grubb also notes that the lion's share of state funding to City College is earmarked for credit courses, making it more difficult for school administrators to justify maintaining the kinds of non-credit offerings that allowed Kim to reinvent her career and discover her passion.

"I was recently asked to volunteer as a teacher with the interpreter program," says Kim, who now holds down two part-time jobs that grew directly out of her studies at City College.

Looking back at her own time as a student, however, she adds that things have changed with the recent cuts. "The teacher is overworked, has fewer supplies, and the students seem to pick up on that," she says. "They seem less motivated."