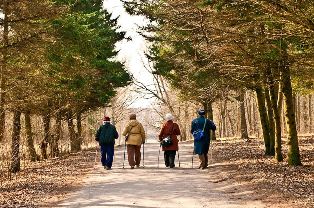 WASINGTON, D.C.— The mortgage crisis has slammed every age group—especially the oldest Americans 75-plus—and has hit Latino and African American seniors and their families the hardest, according to a study being released today by AARP.

About 1.5 million people ages 50 or older lost their homes to foreclosure from 2007 to 2011, and another 3.5 million aging boomers and seniors in the United States "are at risk of losing their homes," says the report, "Nightmare on Main Street: Older Americans an the Mortgage Market Crisis."

For instance, during the five years covered by the study, seriously delinquent mortgage loans—those in the verge of foreclosure -- for people age 50 or older rose faster than delinquencies for people younger than 50. These loan payments, 90 days or more late, swelled for the 50-plus group by 456 percent from 2007-2011, compared with the also disturbing jump by 361 percent for those under 50.

AARP's analysis included 17.4 million home loans tracked by CoreLogic, a leading data base on home equity. The report reveals that at the end of 2011, more than 600,000 home loans by people 50-plus were in foreclosure. Additionally, 625,000 older homeowners were 90 or more days delinquent—a least three mortgage payments behind, a common trigger for foreclosures.

Furthermore, the research found, by last December 3.5 million loans by older people were "underwater." That is, they owed more than the value of their property.

The AARP analysis found that middle-income mortgage holders "have borne the brunt of the foreclosure crisis." Although those with incomes at less than $50,000 held one-quarter of the home loans in the study — but accounted for one-third of the foreclosures.

Most Age 75-Plus Have No Savings Left

"The biggest problem we found is for the oldest of the old, those age 75 or more," stated  Debra Whitman, AARP executive vice president for policy, in a call-in press briefing on Wednesday.

She noted that two-thirds of those ages 75 or more "have no retirement savings left to make up these differences." They can't refinance or sell their homes, even to have enough to move into assisted living or a nursing home when they become frail.

"Older homeowners often rely on their home equity to finance their needs in retirement – things like health care, home maintenance and other unexpected needs. The fact that so many older Americans have no equity at all is troubling," Whitman said.

Although four five Americans older Americans own their homes, many tapped their home equity before the recession struck for such customary needs as home repairs or rising health care costs. Once the housing bubble burst, millions of seniors depleted their retirement savings and other accounts hoping to save their home.

Even though retirement income is fixed or declining for many, says the study, their costs have escalated.

Ironically, another factor for the added financial jeopardy confronting many seniors is longevity. "We're seeing more and more people today over 100 and over 90," Whitman observed. The combination of more people than ever living beyond age 75, and the dramatic economic downturn means fewer elders have even the modest resources they need to keep a roof over their heads.

Older people face more difficult challenges recovering from a foreclosure as a result of having fewer working years remaining to rebuild their financial security, Whitman said. In addition, seniors who have lost their jobs face longer periods of unemployment. When they do find a job, it is often at a lower pay level than their previous position, and offers little or no benefits.

The report, conducted by Lori A. Trawinski of AARP's Public Policy Institute, shows that Hispanic and black elders suffered "double the foreclosure rate" of older white borrowers. While Latinos and African Americans 50-plus with prime loans saw foreclosure rates of 3.9 percent and 3.5 percent, the level for whites was 1.9 percent in the five-year height of the crisis.

For the more troubling subprime loans, foreclosure levels were sharply higher for everyone 50-plus, the study shows, but particularly for ethnic elders. Overall, subprime mortgages accounted for 6.8 percent of home loans for 50-plus whites in 2011, who tended to have more of the standard prime loans. Blacks, though, had more than three times that percentage of subprime loans, 21.8 percent, and it was 12.9 percent for 50-plus Latino borrowers.

AARP's report adds, "A recent settlement between the U.S. Department of Justice and Bank of America supports the allegation that lenders unfairly targeted African American and Hispanic borrowers for subprime loans."

Stating that "the housing crisis is far from over," the report calls for a range of policy solutions. It urges more help be provided to seniors with loan modification and reduction of principals, especially where housing prices have plunged well below the original principal used as the basis for the mortgage. The report also recommends increased mediation programs; more access to housing counseling and legal assistance programs; and development of short-term financial assistance programs.