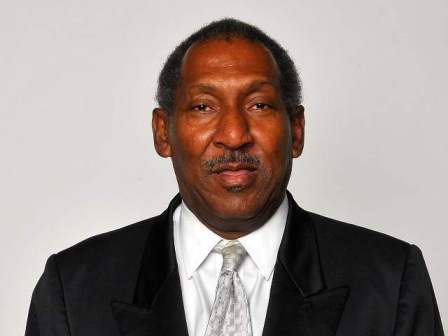 (CNN) -- Willis Edwards, longtime president of the Beverly Hills/Hollywood branch of the NAACP and key to launching the NAACP Image Awards on national television, died Friday in Mission Hills, California, according to a spokeswoman for Providence Holy Cross Medical Center.

Edwards, born in Texas and raised in Palm Springs, California, was 66.

The cause of the civil rights pioneer's death was not immediately available.

Edwards became active in politics while attending California State University, Los Angeles, according to TheHistoryMakers.com, which preserves the life stories of thousands of African-Americans.

Edwards served on the Social Services Commission after Tom Bradley was elected Los Angeles mayor, according to Lauren Tobin, a spokeswoman for the Edwards family.

Four years after an unsuccessful run for the California General Assembly, Edwards was elected president of the Beverly Hills/Hollywood Branch of the NAACP in 1982, according to the website. More recently, he served as the chapter's first vice president.

Edwards, who was vice president of development and planning for the Rosa & Raymond Parks Institute, also led the campaign to get Rosa Parks on a U.S. postage stamp in 2006.

Edwards was also close to many in the entertainment, civil rights and political worlds.

Others echoed that sentiment.

"Willis was that guy who really found the joy and beauty of people. But in hindsight, he had probably been the only one like him in many rooms," California Attorney General Kamala Harris told CNN. "He was always exuberant in his infectious belief that being present and involved in the electoral process makes a difference. He was a dear friend."

Edwards, who was HIV-positive, was a strong advocate for AIDS-related issues.

"I remember having dinner with Willis Edwards in Philadelphia at the NABJ (National Association of Black Journalists) Convention in 2011. He was never ashamed of his HIV-positive status and proudly proclaimed, 'I fought AIDS to a standstill,'" said CNN assignment editor Greg Morrison.

"He was a vibrant man who engaged in conversation with everybody he met," Morrison added. "His passion was making sure the African-American community addressed the issue of AIDS education without flinching."

"The thing about Willis is that he was one of those people in the tradition of the black experience of making a way out of no way," Wilson said.

Former U.S. Rep. Diane Watson knew Edwards for more than 40 years, going back to when he was student body president in college. She said he was known around town as "The Fixer."

"Willis could get you into anything, any party, any private event. He just knew everybody," said Watson, a former U.S. ambassador to Micronesia. "Willis could talk his way into Fort Knox with two guns blazing."