Louisiana Moves Ahead with Plan to Close Prisons 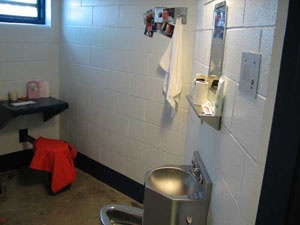 BATON ROUGE, La. (AP) -- Facing budget constraints, state officials are moving ahead with a plan to shut down two prisons, including one with a well-established addictive treatment program, despite a growing inmate population.

The first to go was the Forcht-Wade Correctional Center in the Caddo Parish community of Keithville, which closed July 1. Later this month, the J. Levy Dabadie Correctional Center at Pineville in Rapides Parish will shut down. State lawmakers who opposed the closings complain that more than 100 jobs will be lost and the mental health program at Forcht-Wade will have to be moved to another parish.

Louisiana incarcerates more people per capita than any other state, with almost 40,000 people behind bars in 2010, 12 state run facilities and an operating budget over $665 million.

LeBlanc said most inmates at the prisons had little time remaining on their sentences, so consolidation will save money.

``We're going to be much more efficient in providing the same level of service, but at substantially less cost,'' he said. ``Unfortunately, it does impact our employees.''

Lawmakers attempted to keep Dabadie open, approving over $8 million in the Legislature's recent session. But Gov. Bobby Jindal stripped that money with his line-item veto, saying the closure ``allows the state to streamline the Department of Corrections while still providing the same services.''

The shuttering of the two prisons, which held more than 700 inmates, will move some prisoners into parish jails, where the per-day cost to sheriffs is cheaper than the state costs of housing an inmate. Local prisons are given a $24.39 per diem while state prisons spend $55 per day on its inmates.

Tucked in northwest Louisiana, Forcht-Wade housed almost 500 inmates and featured an addiction treatment program, which provided treatment to offenders in their last two years of their incarceration.

LeBlanc said inmates in the program will be folded into maximum- and medium-security facilities in Bossier Parish while others will be transferred to David Wade Correctional Center in Homer in Claiborne Parish or into a work-release program. The mental health program will continue at the local sheriff's jail in Bossier Parish, he said.

While LeBlanc said some staffers will move with the mental health program or to the Homer prison, 89 employees were laid off. The corrections secretary said 20 of those are seeking to work at the Bossier sheriff's office.

Rep. Henry Burns, R-Haughton, whose son worked with the mental health program at Forcht-Wade, said it was vital that the program remain available because it keeps inmates from relapsing into destructive behavior that could land them behind bars again.

``A very successful recidivism program is so important because without that, unfortunately, most of the incarcerated prisoners are destined to return back to prison. But this program has been highly successful,'' Burns said. ``The atmosphere at Forcht-Wade is encouraging to the prisoners. They know they have a shot.''

In central Louisiana, 220 inmates at Dabadie will be transferred to the Avoyelles Correctional Facility at Cottonport, LeBlanc said, and around 20 employees will lose their jobs.

LeBlanc estimated savings in the first year will be nearly $6 million: $3 million from the shuttering of Dabadie and $2.7 million from Forcht-Wade. He said both facilities will be used as emergency evacuation shelters to handle, for example, coastal residents fleeing a major hurricane.

Area lawmakers questioned the savings, however.

Rep. Robert Johnson, D-Marksville, estimates the closure of Dabadie and the services it provides will cost an estimated $7 million, because the state will have to make up for the offender labor.

``It's a tremendous loss to the taxpayers. It's just a slap in the face of taxpayers because they're going to have to pay this bill,'' he said.

``I think the end gain is that the governor is paying back campaign contributions from private prisons,'' Hazel said.

Jindal has proposed selling and privatizing the Avoyelles Correctional Facility in the last two legislative sessions, but failed to get support from lawmakers.

Hazel sponsored the budget amendment to keep Dabadie operating, and he said the governor is ignoring the will of both chambers by vetoing it.

``How can the governor line-item veto Dabadie, which really almost pays for itself and really hurts central Louisiana? It's really going to hurt the folks around here,'' Hazel said.