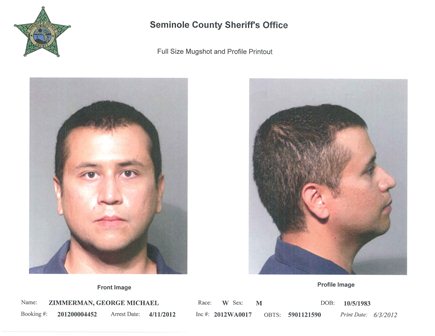 (CNN) -- The judge overseeing the Trayvon Martin case in Florida set bond for George Zimmerman at $1 million on Thursday.

It was unclear how quickly Zimmerman could post the bond and be released from jail.

His attorney argued that Zimmerman should not be jailed because the state's case is weak and his claim of self-defense is strong.

The judge's order said that the $1 million bond was not a punishment, but an amount that assured the court that Zimmerman would not abscond. Zimmerman has the funds to pay for his release, the court said.

He would not have to post the full amount. Only a percentage is needed to make bail.

Zimmerman's bail was revoked last month after Lester learned Zimmerman and his wife had failed to disclose more than $150,000 in donations from the public.

Defense attorney Mark O'Mara argued last week that even though Zimmerman misled the court about his finances, he should not be jailed because the state's case is weak and his claim of self-defense is strong.

Prosecutor Bernie de la Rionda countered that Zimmerman should remain in jail without bail because he was complicit in lying to the court and can't be trusted.

"He quite frankly was manipulating the whole thing; he was using his wife as a conduit," de la Rionda said.

Forensic accountant Adam Magill testified that thousands of dollars in donated funds flowed into and out of Zimmerman's bank account in the days before the first bail hearing.

Magill said it appeared Zimmerman and his wife were speaking in code during recorded jailhouse telephone conversations about the amount of money involved. He also said that transferring funds between accounts could have been done to make it appear that Zimmerman had less money available for bail than he did.

De la Rionda reiterated that prosecutors believe Martin, an African-American, was an innocent victim who was confronted by Zimmerman without provocation. Zimmerman, a neighborhood watch volunteer, acknowledged fatally shooting Martin in February after calling police to report a suspicious person. Zimmerman, who is white and Hispanic, said Martin attacked him.