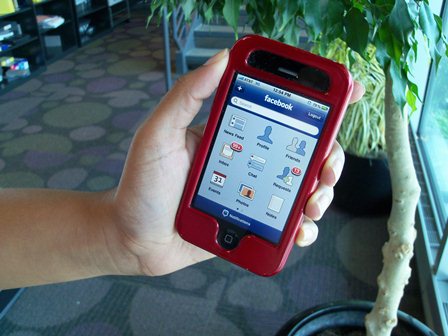 (CNN) -- A new Louisiana law requires sex offenders and child predators to state their criminal status on their Facebook or other social networking page, with the law's author saying the bill is the first of its kind in the nation.

State Rep. Jeff Thompson, a Republican from Bossier City, Louisiana, says his new law, effective August 1, will stand up to constitutional challenge because it expands sex offender registration requirements, common in many states, to include a disclosure on the convicted criminal's social networking sites as well.

Thompson, an attorney and a father of a 13-year-old daughter and 9-year-old son, said he hopes other states will follow Louisiana.

"I don't want to leave in the hands of social network or Facebook administrators, 'Gee, I hope someone is telling the truth,'" Thompson said Tuesday. "This is another tool for prosecutors."

The new law, signed by Gov. Bobby Jindal earlier this month, builds upon existing sex offender registration laws, in which the offender must notify immediate neighbors and a school district of his or her residency near them, Thompson said.

The law states that sex offenders and child predators "shall include in his profile for the networking website an indication that he is a sex offender or child predator and shall include notice of the crime for which he was convicted, the jurisdiction of conviction, a description of his physical characteristics... and his residential address."

Several states now require sex offenders and child predators to register with authorities their e-mail accounts, Internet addresses or profile names to social network and other web sites, according to the National Conference of State Legislatures. A few states such as Illinois and Texas even outright prohibit sex offenders, as a condition of parole, from accessing social networking websites, the group said.

The Louisiana law is the latest addition to statutes requiring public notice and registrations by sex offenders, Thompson said.

"It provides the same notice to persons in whose home you are injecting yourself via the Internet," Thompson said. "I challenge you today to walk down the street to see how many people and children are checking Pinterest, Instagram and other social networking sites. If you look at how common it is, that's 24 hour a day, seven days a week for somebody to interact with your children and your grandchildren."

Facebook applauded the new Louisiana law, even though it "will have no direct" effect on its service, the company said in a statement to CNN.

"Our Statement of Rights and Responsibilities already bars registered sex offenders from using Facebook," the firm said. "We take the safety and security of our users, especially the many young people on Facebook, very seriously. We have consistently supported legislation to help strengthen law enforcement's ability to find, prosecute and convict online sexual predators."

Thompson consulted prosecutors and the attorney general in Louisiana when drafting the law because last year, a federal court struck down a Louisiana law that outright banned sex offenders and child predators from using Internet. The court found the law too broad, Thompson said.

Last year, the American Civil Liberties Union of Louisiana sought to block the enforcement of that state law that tried to limit sex offenders' use of the Internet, arguing that it infringes on constitutional rights. The law had targeted registered sex offenders convicted in crimes involving children and prohibited the "using or accessing of social networking websites, chat rooms and peer-to-peer networks," according to the legislation that was signed into law in June 2011.

Louisiana lawmakers, however, have not given up on that stricter law. In fact, a revised version was passed by the Louisiana legislature and signed into law in May, but Thompson is skeptical that latest version can survive a court challenge. The revised, new ban prohibits certain registered sex offenders from intentionally using a social networking website, Gov. Jindal said in a statement.

Said Thompson about that new law: "It may very well fall under scrutiny and attack. That's one of the reasons that I created the bill I did. I'm not trying to create a ban. I'm just trying to create an expansion of the existing notice requirements."