In California, Thousands Die Prematurely for Lack of Health Insurance 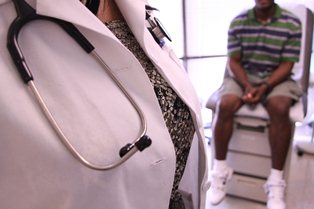 SAN FRANCISCO – As the nation anxiously awaits the U.S. Supreme Court's ruling on the constitutionality of the health care reform law that guarantees health coverage for all Americans, a study released today shows that California has the highest number of people who die prematurely each year because they do not have health insurance.

In 2010 alone, about 3,164 Californians between the ages of 25 and 64 died prematurely for lack of health insurance, said the study released by Families USA, the national organization for health care consumers. That translates to about 61 Californians every week. Nationwide, 26,000 Americans in that same age group, died last year for the same reason.

"The Affordable Care Act (ACA) was passed by Congress to address an American tragedy and an American shame," Ron Pollack, executive director of Families USA, said today during a media teleconference. "The fact remains that for the millions of Americans without health coverage, only the Affordable Care Act offers the promise of access to affordable coverage and to a longer and healthier life."

Since it was signed into law in March 2014, a number of states have challenged the constitutionality of some of the provisions in the ACA, particularly one requiring all Americans to have health insurance. Nationwide, there are currently 50 million of them who don't, nearly 7 million of them in California. The high court is expected to announce its decision any day now.

The Families USA study applied the groundbreaking methodology developed by the Institute of Medicine (IOM) in 2002 to determine mortality data on a state-by-state basis.

High as the newly-released figures are, they are conservative because researchers for the IOM study did not include children and young adults under 25, noted Pollack.

In California, like in the rest of the nation, a large percentage of the Hispanic population is uninsured. According to US Census data, California's Hispanic population comprises 38 percent of the 32 million people living in the state. Many work low-wage jobs that make it difficult for them to access health care, which could explain why the state's premature death rate is so high, Pollack said.

Compared to residents of other states, Californians are less likely to be insured, receive employer-based coverage, and be able to afford coverage. Californians are also at greater risk of being denied coverage for pre-existing conditions than the rest of the nation.

Dick Woodruff of the American Cancer Society's Cancer Action Network noted that even though much of the ACA has not been implemented yet, the provisions that have already rolled out are saving lives.

For cancer patients, in particular, having health insurance translates into survival. He said 1.6 million people in the United States will be diagnosed with the disease this year, and 577,000 will likely die.

He said the provision that requires insurance companies to provide children and adults with pre-existing conditions coverage could save many of them.

"For almost 50 million Americans, not having health insurance isn't trivial, or just an inconvenience or a minor budget challenge," Pollack said. "Because of the way we currently provide and charge for health care, many millions of Americans without health coverage are denied regular access to quality care, and many of these people face an unjust sentence of a less healthy life and an earlier death."

Because of the size of its population and the large number of its uninsured, California, more than any other state, has a "great stake" in the outcome of the Supreme Court's decision, noted Anthony Wright, executive director of Health Access, during a press conference June 19.

He said the state has been "aggressively implementing" the ACA to maximize its benefits. About 50,000 Californians will lose health care coverage if the high court strikes down the law. If it is upheld in its entirety, nearly 90 percent of Californians will get coverage, he said.

But regardless of the high court's decision, California will move "full steam ahead" in its efforts to cover its citizenry.

The state has already taken pre-emptive steps in that direction by passing more than a dozen of its own health care laws that will uphold some of the benefits of the ACA. For instance, children and adults with pre-existing conditions can no longer be denied coverage. And young adults can remain on their parents' insurance plan until they turn 26.

Another state law will allow for the creation of a Benefit Exchange – a virtual marketplace with affordable insurance programs. Only it wouldn't have the federal subsidies promised in the ACA, nor could it offer state subsidies, given the state's fiscal problems.

But "it could continue in a more scaled down form… to be a place to easily buy coverage," Wright said. "But fewer people would be in it."

Constitutional law expert Adam Winkler said it would be an "unprecedented decision" on the part of the Supreme Court to strike down the law in its entirety.

"The Supreme Court has never struck down a federal spending policy," he asserted.