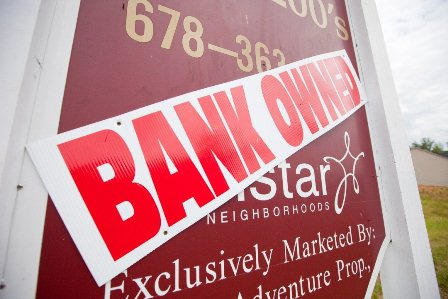 NEW YORK (CNNMoney) -- Reducing the amount struggling homeowners owe on their mortgages is proving to be a more effective way to prevent foreclosures than other methods, such as reducing interest rates or postponing payments, a new report finds.

In a report presented this week, Amherst Securities Group said that when principal reductions brought mortgages near the home's market value, borrowers were substantially less likely to fall behind on payments again and lose their homes.

"[Modifications] with principal forgiveness are apt to be most effective, as the borrower no longer owes the money -- so he is no longer hopelessly underwater," said Laurie Goodman, Amherst's housing market analyst and one of the authors of the report.

The success these principal reductions have had in turning delinquent borrowers back into paying clients has led many lenders to step up debt forgiveness on the loans in their own portfolios.

So far this year, principal reductions have accounted for 40% of the modifications done by the banks, up dramatically from 25% in 2011 and 11% in 2010, according to Amherst.

The mortgage servicers cannot forgive debt on loans that are owned or backed by one of the two government-controlled mortgage giants, Fannie Mae and Freddie Mac, however, and they are limited in what they can forgive on loans owned by investors.

That means, of the vast majority of loans -- 6 million since April 2009, according to the Treasury Department -- only a fraction have received debt forgiveness. That may be changing, though.

The Federal Housing Finance Agency, which controls the majority of outstanding mortgages through its oversight of Fannie and Freddie, has thus far prohibited the mortgage giants from including debt forgiveness as part of their mortgage modifications.

Last month, however, Fannie and Freddie announced they would participate in two programs in California and Nevada that will use part of a $7.6 billion Hardest Hit Fund to pay down loans the companies own or back.

However, the move will not cost Fannie and Freddie anything and is a far cry from the principal reduction that private mortgage servicers are extending to borrowers.

"My guess is that eventually, [Fannie and Freddie will] go down that path, but there's still a lot of reticence there," said Mark Zandi, the chief economist for Moody's Analytics. "People have problems with principal reduction. They think it's unfair."

Even if Fannie and Freddie remain on the sidelines, Amherst said it expects to see a continued increase in principal reductions.

One reason is the $25 billion settlement reached in March between the five big mortgage banks and the state attorneys general. As part of the settlement, the banks must use $13 billion to reduce principal on mortgages held by underwater borrowers.

Even more principal reductions will also result from the tripling of incentives paid to mortgage investors who participate in the Principal Reduction Alternative (PRA), part of the Home Affordable Modification Program. For each dollar investors -- the pension funds, municipalities and other buyers of mortgage-backed securities -- allow to be written off, they can get back as much as 63 cents from Treasury.

By April, 2012, the number of modifications started under Principal Reduction Alternative had jumped to about 83,000 from 67,000 in January.

The potential for building equity in the home, which principal reduction revives, is a major carrot for homeowners, especially if they're underwater on their home, said Sam Khater, a senior economist for CoreLogic.

The typical amount of debt forgiven in a principal-reduction modification is about $60,000, according to the Treasury Department. Meanwhile, the average amount that borrowers are underwater is about $70,000, said Sam Khater, senior economist for CoreLogic. As a result, borrowers can be very close to even once their modifications are done, he said.

"In two or three years of regular payments -- and a little home price appreciation -- the borrower can be right-side up again," said Khater.