New Rules Make It Harder to Get Unemployment Benefits 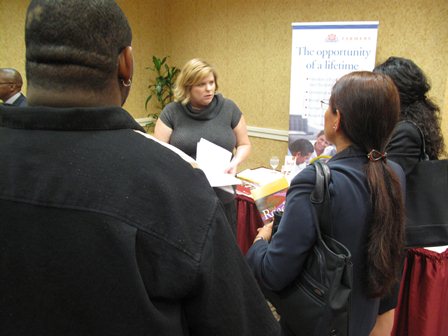 New rules passed by Congress this year require that the jobless go to their local One-Stop Career Center for an in-person assessment if they want to receive federal unemployment checks.

This means the unemployed now have to trek to these centers, which has left some states scrambling to find space and personnel to handle all these one-on-one meetings. Some 9 million people are expected to go through these assessments by year's end.

Plus, in order to comply with the new federal rules, some states are ramping up their requirements on documentation of the jobless' attempts to return to the workforce.

Previously some states, like Ohio for instance, did spot-checks, but are now requiring regular submission of job search efforts. Other states, such as New Hampshire, collected the information electronically but must now tell claimants to bring paper records to their assessment meeting.

These new rules aren't all bad, experts say. They help reconnect the jobless with resources that could assist them and re-energize their job hunt.

"It's an opportunity for someone to sit down to see what's changed about them and the job market," said Ben Johnson, spokesman for the Ohio's Department of Job and Family Services.

The new requirements are part of Congress' overhaul of federal extended unemployment benefits, which President Obama signed in February. The law not only reauthorized federal benefits, but it also increased the unemployment system's focus on helping people find jobs rather than distributing checks.

So One-Stop centers around the nation are calling their unemployed who are receiving state benefits or the initial tiers of federal benefits to come in for the appointments.

The meetings generally entail assessing a job seeker's skills and going over their work search history to make sure it is appropriate and realistic. This could include expanding their search or reducing their wage expectations, said George Wentworth, senior staff attorney at the National Employment Law Project, an advocacy group.

Also, the centers review the services they provide, such as resume critiques, interviewing skills and job hunting.

"It emphasizes re-employment instead of just paying claimants benefits and not doing much else for them," said Rich Hobbie, executive director of the National Association of State Workforce Agencies.

The centers, however, have had a tough time getting people to come in. Hobbie has heard anecdotally that about one-third of folks aren't showing up. If they don't, they usually lose their check for that period, though their benefits will start flowing again once they appear. The centers follow up with those who miss their appointments.

In Ohio, the no-show rate is running at about 50%, Johnson said.

Some states, particularly those with high unemployment, have also struggled to arrange all these meetings. In Nevada, for instance, some centers have had to rent out convention halls to handle the crowds. The state has an 11.7% unemployment rate, the highest in the nation.

California expects to process half a million long-term unemployed folks through its centers this year. The state began mailing packets to the jobless just starting their initial tiers of federal benefits in late May with a notice of their appointment date and time. At the meeting, staffers will also determine whether claimants are eligible to continue receiving benefits.

"It will also further ensure that recipients of unemployment benefits are actively seeking work," said Pam Harris, director of the Employment Development Department in California, where the unemployment rate stands at 10.9%.

While the federal government is distributing about $450 million to the states to help cover the costs of this intensified interactions, the effort could ultimately save the government some money because the jobless find new positions and stop collecting benefits sooner, Hobbie said. Re-employment initiatives could shorten the job search period by up to eight weeks.

"We know these services are effective," he said.