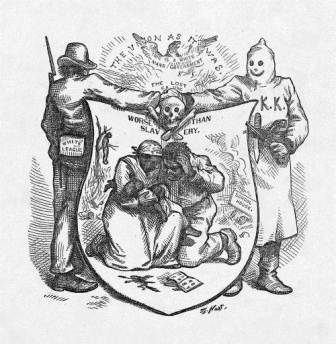 (CNN) -- Having been denied participation in a Georgia's adopt-a-highway program, a local Ku Klux Klan chapter has turned to the American Civil Liberties Union for help. And the civil rights organization may represent the group.

"We are considering next steps and whether or not we will support the group," said Debbie Seagraves, executive director for the ACLU of Georgia.

"We know this is unpopular," she admits, but if her organization helps the International Keystone Knights of the KKK, it is not because it agrees with their beliefs. It will be based on legal precedent and a legal view of whether the KKK's freedom of speech has been violated.

In a nearly identical case in Missouri in 2005, a court ruled that the state discriminated against the KKK by denying it participation in a program open to all organizations.

"It's clear and understandable that the message of the KKK is offensive and hurtful to many people, but when you cede the power to the state to decide whose speech is objectionable, we give it up," Seagraves said.

The Klan chapter wants to clean a stretch of Georgia State Route 515 in Union County, Georgia, according to paperwork obtained by CNN.

The application was filed on May 21.

Keith Golden, commissioner for the state Department of Transportation, wrote the chapter's secretary that officials determined the mountain roadway, with a speed limit of 65 mph, was not a safe place for cleanup volunteers to work.

"The impact of erecting a sign naming an organization which has a long-rooted history of civil disturbance would cause a significant public concern," he wrote. "Impacts include safety of the traveling public, potential social unrest, driver distraction or interference with the flow of traffic."

Seagraves said that the ACLU has to gather facts about the case before deciding whether to become involved, but she nonetheless pointed out a pair or rebuttals to the arguments made in the letter.

If the speed limit on the highway is too fast, the program is supposed to find another, suitable place to adopt for clean-up, she said.

Also, she said, the state cannot constitutionally deny speech because others may behave badly.

If the ACLU chooses to represent the KKK chapter, the next step would be for the ACLU to contact the state to talk about the relevant laws, Seagraves said. A lawsuit could follow.

"We try to avoid litigation, but we don't mind litigating if necessary," she said.

But a legal ruling would not necessarily end the controversy, as history shows.

In the Missouri case, according to the St. Louis Post-Dispatch, it wasn't until November 30, 1999, that the state installed a sign noting that the KKK adopted a stretch of highway. Someone sawed the sign down that same night. When the sign was placed back up several months later, it was sawed off again, the newspaper reported. The state never replaced the sign, and later named that stretch of highway for Rosa Parks.

A sign in rural Delaware declaring that a neo-Nazi splinter group adopted a stretch of road was allowed by the state, but only after the wording of the group was changed from "Nazi Party" to "Freedom Party," the Washington Times reported.

In 2008, the California Department of Transportation was forced to pay a $157,500 legal settlement relating to a lawsuit by the San Diego Minutemen, an anti-illegal immigration group. According to the Orange County Register, the group had adopted a piece of a highway near a Border Patrol checkpoint. Immigrant groups were angered, and state officials moved the Minutemen's stretch of highway to another, more remote location. The group sued, arguing that its freedom of speech was violated.