Guiding You Through the Government's Foreclosure Compensation Maze 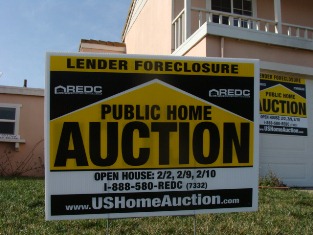 If you're a victim of banking abuses during the foreclosure crisis, the government says it'll make sure you receive compensation from your bank. It's a simple idea. But for victims, determining who's eligible, how to apply, and when you might get a check in the mail isn't simple at all.

So we built a list of Frequently Asked Questions. It guides homeowners and other readers through the two separate government efforts: the National Mortgage Settlementand the Independent Foreclosure Review.

While both share the goal of providing some compensation to homeowners who were harmed by their banks' abuses or errors, the two have very different approaches.

The National Mortgage Settlementis a deal struck by attorneys general from 49 states and the federal government with five of the biggest banks, and it takes a pragmatic approach. Instead of trying to calibrate compensation to how badly each homeowner was harmed, officials opted instead for a one-size-fits-all solution. Everyone who qualifies for compensation will get the same amount of money. And the paperwork will be minimal: Homeowners will only have to check a box saying they were harmed.

Even with this simplified process, it will take months before people can expect to see the check in the mail. The best guess now is in the first three months of 2013.

And the check, critics contend, will be small. Exactly how much each homeowner will get depends on how many people claim they were harmed. Officials in charge of the settlement have estimated that 750,000 people will respond, and since $1.5 billion has been set aside, that means each victim would receive about $2,000. If only 500,000 people responded, the payments would jump to $3,000. If a million responded, the payments would drop to $1,500.

The effort got underway last November when 4.4 million letters went out to homeowners. As of May 24, fewer than 200,000 homeowners had replied, a response rate of just 4.5 percent, according to regulators. Homeowners have until July 31, but there's no doubt the response is underwhelming.

Housing counselors say a major reason is that homeowners are confused or intimidated by the forms. The mailing was a four-page questionnairecalled a "Request for Review Form" that contains 13 questions, some of them specific and technical, such as: "Do you believe you were protected by an insurance policy issued by the servicer or an affiliate that would have made your payments in the event of unemployment, disability, or illness, but did not do so?" Many homeowners thought the letter was a scam, didn't know how to fill it out, or didn't understand what they stood to gain from filling it out, according to a recent survey of counselors by the California Reinvestment Coalition.

In addition, regulators have not made the form available online — a protection against fraud, they say. So homeowners must obtain a form marked by an individual code; that form can only be received in the mail or by calling a specific phone number, 1-888-952-9105 (Monday through Friday, 8 a.m. to 10 p.m. or Saturday, 8 a.m. to 5 p.m. Eastern time).

The form is crucial; if a homeowner doesn't send it in, there is no guarantee his case will be reviewed. (Some cases will be flagged for automatic review — but so far just 142,390 out of 4.4 million.)

Bryan Hubbard, a spokesman for the Office of the Comptroller of the Currency, the main regulator for the biggest banks, said the response was likely to grow because regulators were continuing an ad campaign (such as this one) and would be sending a second form to those who hadn't responded to the first.

As we reported back when it launched last year, many aspects of the Independent Foreclosure Review aren't transparent. While some details have been released — such as which companies have been hired to conduct the reviews (see the FAQ for a list) — other key details remain secret. In particular, regulators still haven't released how they will calculate "financial injury." Even the form of compensation &mdash cash or something else — remains unclear. An example of non-cash compensation, said OCC's Hubbard, could be repairing a borrower's credit report. Hubbard said regulators are developing answers to these questions, but it's not clear when they will release them, let alone when homeowners can expect to receive any kind of compensation.

The OCC has made one major determination: Homeowners will not be asked to waive any legal rights in return for compensation, said Hubbard.

Given how much remains unclear, we will continue to update our FAQ as the process develops. To help us continue reporting on this issue, homeowners going through the process can fill out our foreclosure questionnaireor contact us to let us know what's happening.