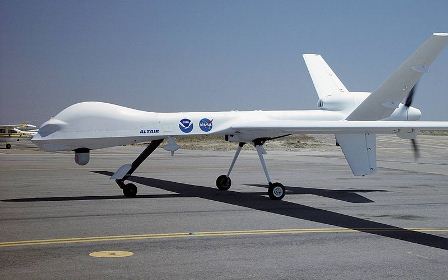 In a lengthy front-page story last week exploring President Obama's use of drone strikes in countries including Pakistan and Yemen, the New York Times reported that the president had "embraced a disputed method for counting civilian casualties that did little to box him in."

Citing "several administration officials," the Times reported that this method "in effect counts all military-age males in a strike zone as combatants ... unless there is explicit intelligence posthumously proving them innocent." The Times reported that this standard allowed counterterrorism adviser John Brennan to claim in June 2011 that for nearly a year "there hasn't been a single collateral death because of the exceptional proficiency, precision of the capabilities that we've been able to develop."

Human rights groups and others have expressed outrage at the reported counting method. And in the last few days alone, 27 "suspected militants" have been killed in three drone strikes in Pakistan, including the reported No. 2 of al Qaeda.

We wanted to lay out exactly what's known (not much) about the apparent policy, what's not (a lot), and what the White House is saying in response to the Times report.

Crucially, the White House has done nothing to knock the story down. I gave the White House a chance to respond, and it declined to comment on the record. But speaking on condition of anonymity, an administration official acknowledged that the administration does not always know the names or identities of everyone in a location marked for a drone strike.

"As a general matter, it [the Times report] is not wrong that if a group of fighting age males are in a home where we know they are constructing explosives or plotting an attack, it's assumed that all of them are in on that effort," the official said. "We're talking about some of the most remote places in the world, and some of the most paranoid organizations on the planet. If you're there with them, they know you, they trust you, there's a reason [you're] there."

When we asked a White House spokesperson about how the U.S. knows even the number of people killed in strikes, they told us to speak the CIA. The CIA did not immediately respond to our request.

Another thing that's unclear is whether the controversial counting method is a new policy. Sen. Saxby Chambliss, R-Ga., the ranking Republican on the Intelligence Committee, told Fox News last week that he was not aware of any change in the policy of how corpses are counted, but that if there had been a change, his committee should be briefed.

Several people in the human rights community told ProPublica that the metric for counting civilians described in the Times report represents a new and troubling standard.

"We have never before heard anything quite like the idea that if you have to be in a certain place and you happen to be of a certain age, that in and of itself can make you targetable," said Gabor Rona, international legal director at Human Rights First and former legal adviser at the International Committee of the Red Cross.

It's also not clear whether the policy applies to all covert drone strikes or just ones done by the CIA.

"We have at our disposal tools that make avoidance of civilian casualties much easier, and tools that make precision targeting possible in ways that have never existed in the past," Carney argued.

But analysts point out strikes can go awry even if a missile hits its programmed target.

"Any military official will tell you your precision is only as good as your intelligence sources and your intelligence analysis," said Naureen Shah, associate director of the Counterterrorism and Human Rights Project at Columbia Law School. "How much do we really know about Somalia and Yemen and Pakistan? We have errors in targeting in Afghanistan and we've been there for a decade."

Shah, who is working on a study on civilian harm from covert drone strikes, said she was not surprised by the Obama administration's reported standard for counting civilians given the extremely low estimates of civilian casualties leaked by administration officials over the years.

The Times story last week, for example, quotes a "senior administration official" claiming that the number of civilians killed by drone strikes under Obama in Pakistan is in the "single digits."

That's in stark contrast to outside estimates. Independent organizations analyzing news reports and other sources have put civilian deaths from drone strikes from the high double digits in Pakistan alone to the high triple digits including countries like Yemen and Somalia.