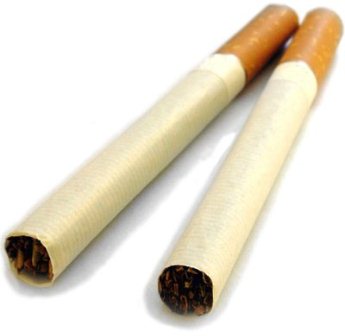 (CNN) -- California's vote on a controversial cigarette tax remained too close to call Wednesday morning, although votes counted so far suggest it was narrowly rejected.

With all precincts reporting, the tally was 50.8% against the proposal and 49.2% in support of it, according to the California Secretary of State website.

But the vote was listed as a "close contest" with no final result.

Counties have 28 days to count every vote-by-mail, provisional and damaged ballot, the secretary of state's office said.

Proposition 29, would raise about $735 million a year. About three-quarters of the money raised would go to cancer research.

Studies show the tax would help decrease smoking and save lives, she said.

Opponents slammed the tax as a misguided burden in an already tough economy.

"What we're seeing in the state of California is a lot of frustration on the part of our citizenry that it's just another tax," said Dr. Marcy Zwelling, a general practitioner. The tax, she said in an interview with CNN, "goes to build bigger bureaucracy, build business, build buildings, not necessarily to go to cancer research."

The opposition in California was fueled by a huge influx of cash from big tobacco companies. About $47 million was raised in efforts -- including TV advertising -- to defeat "Prop. 29," including $27.5 million from Philip Morris and $11 million from R.J. Reynolds, according to figures from MapLight, a nonpartisan research firm.

About $12 million was raised in support of the initiative, including $8.5 million from the American Cancer Society and $1.5 million from the Lance Armstrong Foundation, known as Livestrong. Armstrong himself appeared in ads urging people to "vote yes on 29." (Gupta, CNN chief medical correspondent, is a board member of the foundation.)

There is already an 87-cent tax on each pack of cigarettes in California.

According to California's official voter guide, the health groups behind Prop. 29 said it would "save lives, stop kids from smoking, and fund cancer research," while those opposed said the initiative "doesn't require revenue be spent in California to create jobs or fund schools."

Bremner insisted the campaign against Prop. 29 traded in "deceptions." The biggest misconception is that the money collected "will be somehow wasted or used otherwise," she said.

But Zwelling said it would heavily affect poorer Americans, who are more likely to smoke. And other efforts, including the state's ban on smoking in public places, have succeeded at pushing people to quit smoking, she said.

John Seffrin, CEO of the American Cancer Society, said if the bill passed, "It would make California the second-largest funder of cancer research after the (National Cancer Institute) in the entire country."

Some grant proposals that currently go unfunded would find a source of revenue, he said.

Small Tobacco Retailers Worry Prop. 29 Would "Shut Them Out"