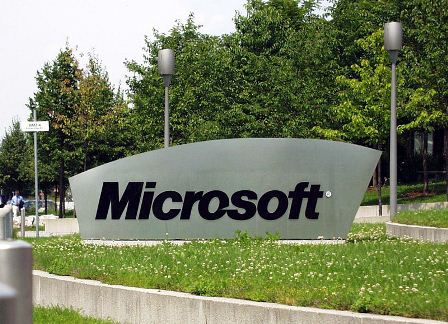 Microsoft Corp. kicked off the Electronic Entertainment Expo on Monday by unveiling new software called Xbox SmartGlass that will allow Xbox 360 users to stream and share content across smartphones, tablets and TVs. It also announced that it was bringing its Internet Explorer browser to the console this fall.

SmartGlass was demonstrated in several ways, turning a smartphone into a remote control used to surf the Web on a TV and utilizing a tablet as a way to display information about games, TV shows and movies that were simultaneously being played on a TV. Microsoft said the app would be available later this year for Windows phones, Windows 8 and ``other portable devices.''

The feature is similar to the Wii U from Nintendo Co. The upcoming high-definition console will feature a touchscreen controller, which Nintendo announced Sunday would be called the Wii U GamePad. The controller provides different methods and perspectives to interact and play games on screen, as well as the ability to play games and browse the Web without the TV.

When it came to games, Microsoft used its E3 event to hype new installments of ``Halo'' and ``Forza'' and reveal new ``Gears of War'' and ``Dance Central'' editions, as well the completely new titles ``Ascend: New Gods,'' ``LocoCycle'' and ``Matter'' from ``Pirates of the Caribbean'' director-producer Gore Verbinski.

``How many times have you been watching an episode of `South Park' and thought, `I'd like to watch this on my television, while hooked into my mobile device, which is being controlled by my tablet device, which is hooked into my oven _ all while sitting in the refrigerator,'' joked Parker. ``Well, we're not doing that. We're just doing this game.''

Microsoft said its voice-recognition ability for Kinect would be available in 12 more countries, and that it secured 35 new partnerships with the likes of the NBA, NHL, Univision and Viacom Inc. to provide content on Xbox 360. The company also announced it was launching a new online music service called Xbox Music.