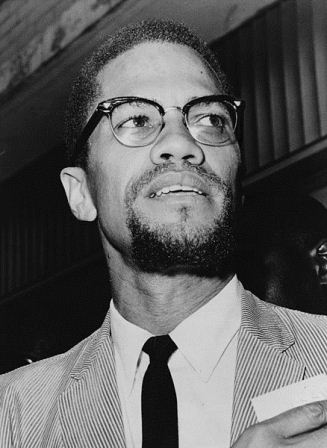 ALBANY, N.Y. (AP) -- The son of Malcolm X's biographer is asking Syracuse University to hand over a letter in which the slain activist writes about his shifting views on race relations, claiming his family is the rightful owner.

Malcolm X wrote to Alex Haley, his collaborator for "The Autobiography of Malcolm X," from Saudi Arabia in April 1964, about ten months before he was gunned down at a New York City hotel ballroom. The publisher of the autobiography later gave the letter to Syracuse University as part of a larger cache of papers to be used by researchers.

But Haley's son, William Haley, said the publisher never had legal title to the letter and could not give it away. His lawyer said Tuesday he plans to make a legal demand this week for the letter, which he believes is worth at least $650,000.

"The history is important for us as a family, the legacy," William Haley said. Haley said he was acting on behalf of himself and his two sisters. Haley said it's possible the family would decide to sell the letter, but that would be a group decision.

"So much of African-American history gets lost and is sometimes not in the place where we prefer it to be," Haley said.

Malcolm X's letter, written after a pilgrimage to Mecca, addresses the recent time he spent with Muslims "whose skin was the whitest of white."

"In fact, what I have seen and experienced on this pilgrimage has forced me to `re arrange' much of my thought patterns, and to toss aside some of my previous conclusions," he wrote.

The letter was sent to publisher Grove Press for inclusion in the autobiography, which was first published in 1965. Grove included the letter in files it gave to Syracuse University in 1969.

Sean M. Quimby, senior director of the university's Special Collections Research Center, said it has documentation from Grove that shows Syracuse owns the transferred archive. He said the school's ownership had never been challenged before in 43 years and he has not seen any evidence that the letter was lent, instead of given, to Grove.

"Our library and our special collections are publicly available to anyone, and there is a greater good served," Quimby added.

Haley's attorney, Gregory J. Reed of Detroit, said Haley passed along the letter to Grove only so it could be included in the autobiography and that Grove never had legal title.

Haley said he is acting now because he only found out about details of the letter recently after talking to Reed, who collects Malcolm X material.