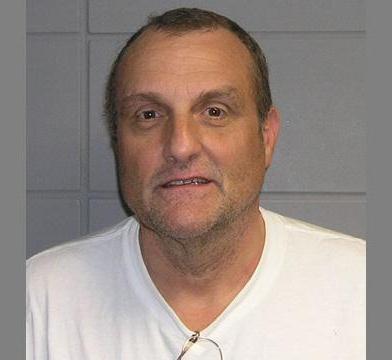 PHOENIX (AP) -- A white supremacist likely will spend the rest of his life behind bars after a federal judge sentenced him to 40 years in prison Tuesday for a 2004 bombing that wounded a black city official in suburban Phoenix.

Jurors in February convicted Dennis Mahon, 61, of three federal charges stemming from a package bomb that injured Don Logan - Scottsdale's diversity director at the time - and a secretary.

They stopped short of finding him guilty of a hate crime after a six-week trial that included dramatic testimony from Logan and a female government informant dubbed a "trailer park Mata Hari" by defense attorneys.

In handing down the sentence, U.S. District Judge David Campbell said he believed the bombing was premeditated and done to promote an agenda of hate and racism.

He called it an "act of domestic terrorism."

Mahon, meanwhile, maintained his innocence, telling the crowded courtroom: "I didn't do this bombing."

He said he felt bad for the victims, "but I can't apologize for something I didn't do."

Mahon had faced between seven and 100 years in prison. Since there is no parole in the federal system, he likely will spend the rest of his life behind bars.

His identical twin brother, Daniel, also faced a charge in the case but was acquitted.

The package bomb detonated in Logan's hands on Feb. 26, 2004, in a Scottsdale city building.

Prosecutors alleged the Mahon brothers bombed Logan on behalf of a group called the White Aryan Resistance, which they said encourages members to act as "lone wolves" and commit violence against non-whites and the government.

They showed surveillance tapes at trial of the brothers referring to Logan in racial slurs. They also played a voicemail that Dennis Mahon left at Scottsdale's diversity office just months before the bombing in which he angrily said: "The white Aryan resistance is growing in Scottsdale. There's a few white people who are standing up."

Defense attorneys said someone working for the city of Scottsdale was likely the perpetrator because Logan's job made him unpopular.

During Tuesday's hearing, Logan said he believes his skin color was the motivation for the attack. He told the judge that Dennis Mahon's actions warranted the maximum sentence.

"Don Logan didn't ask to be here. I am here by default. I am here for justice," Logan said. "Dennis Mahon does not deserve to be free."

During the trial, defense attorneys heavily criticized the use of 41-year-old Rebecca Williams as an informant, nicknaming her the "trailer park Mata Hari" - a reference to the Dutch exotic dancer who was convicted of working as a spy for Germany during World War I.

Investigators met the former stripper through her brother, an informant himself on the Hells Angels motorcycle gang, and recruited her for the Mahon case, directing her to act like a government separatist and racist. She wore revealing clothes and sent racy photos to the brothers to win their trust.

Williams met the brothers in January 2005 after investigators set her up in a government-provided trailer at a Catoosa, Okla., campground where the brothers were staying at the time. A Confederate flag was placed in her window, and prosecutors say the Mahons introduced themselves within minutes of her arrival.

Dennis Mahon opened up to Williams as their conversations were recorded, telling her how to make bombs after she told him a fictitious story that she wanted to harm a child molester she knew.

In one conversation, she asked Mahon if he ever had a bomb work, to which he replied: "Yeah, diversity officer."

Logan testified at trial about the unbearable pain he felt after he opened the package, describing the lights going out, the room filling with smoke and debris falling from the ceiling.

Logan, who now works as a diversity administrator in the Phoenix suburb of Glendale, was hospitalized for three days. He needed four surgeries to remove shrapnel from his arm and hand, do a skin graft on his severely damaged forearm and restore some use to one of his fingers that nearly had to be amputated.

Dennis Mahon's defense team also has maintained his innocence, with his attorney Deborah Williams crying in court Tuesday and saying: "I don't believe Dennis Mahon has done this."

"He has not lived a good life in the way that most people would think of it," she said.

His attorneys also have argued no evidence showed the bombing was done with the intent to seriously injure or kill Logan. They noted there were no deaths or life-threatening injuries from the bombing.

Prosecutors, who recommended a sentence of more than 60 years, say Dennis Mahon intended to send a political message in trying to kill Logan.

The Mahons were living in the Phoenix area at the time of the bombing but left days afterward and were arrested in 2009 in Illinois.

Dennis Mahon's attorneys argued their client "often makes exaggerated self-aggrandizing claims" that aren't true, that he was an alcoholic who constantly was drinking Everclear, and that his statements to Williams were just meant to impress her.

Daniel Mahon was acquitted of conspiracy to damage buildings and property.