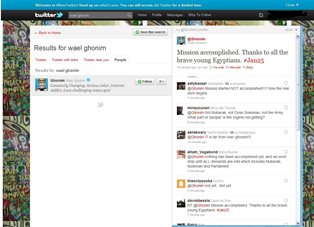 (CNN) -- A Federal Trade Commission official announced that Twitter users will be able block personal data from being shared with third-party websites.

The announcement came at an Internet privacy forum in New York, where FTC Chief Technology Officer Ed Felten announced the micro-blogging and social media service is participating in "Do Not Track," the Internet privacy feature launched last year by Mozilla for users of its Firefox web browser.

"Do Not Track" allows users to block third-party cookies, which are used to piece together Internet users' personal information and online activity. To opt into the service on Twitter, users must select the "Do Not Track" feature within the Firefox browser. Other top web browsers, including Apple's Safari and Microsoft's Internet Explorer, have similar features.

According to the FTC, "Do Not Track" will not require the government to compile a list, unlike the "Do Not Call Registry, which allows consumers to opt out of receiving telemarketing calls. The FTC has not voted yet on whether to fully support 'Do Not Track.'

Despite not officially supporting the feature, the FTC was pleased with Twitter's decision.

"Twitter's use of 'Do Not Track' in its new feature is good news for Twitter users and a meaningful step toward broader adoption of a strong 'Do Not Track' system that will give consumers simple, comprehensive control over online tracking," said FTC Chairman Jon Leibowitz. "Hopefully other companies will follow suit."

"We applaud the FTC's leadership on 'Do Not Track,' and are excited to provide the benefits of 'Do Not Track'," Robert Weeks, a Twitter spokesman, told CNN.

The move comes at a pivotal time for Internet privacy rule-making. The Commerce Department and the White House have been working to determine what role federal regulations will play in protecting web users' privacy. In February, White House and Commerce Department officials met with Internet industry leaders to discuss Washington's role in protecting private data on the web. President Barack Obama said at the time, "American consumers can't wait any longer for clear rules of the road that ensure their personal information is safe online."

Companies are increasingly facing scrutiny over how they protect personal information gathered online. Two companies feeling heat over their privacy policies have been Internet giants Facebook and Google.

Facebook depends on advertising revenue generated from games and other third-party apps running on the site. User activity is tracked to help Facebook pick targeted advertisers for the users. Google's business model is similar.

Both companies have recently faced a groundswell of anger when they announced major changes to their privacy policies.

Web privacy advocates, including some government officials in the United States and elsewhere, have repeatedly expressed unease with the sheer amount of data Facebook possesses about its users and how that data may be used.

According to Mozilla, around 9% of Firefox users opt in to 'Do Not Track.'

The highest percentage of users turning on the feature live in the Netherlands, France and the United States.