Home in a Home As Families Live Together Longer 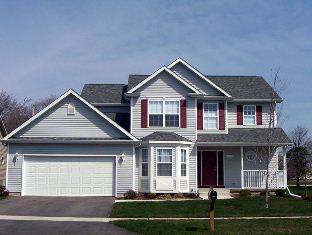 LOS ANGELES (AP) -- It's a home within a home - and it could be coming soon to a home near you.

Builders across the country are revamping home designs to meet the needs of a growing number of Americans who are now living with extended family.

The number of so-called multi-generational households - where adults are living with their elderly parents or grown children - has jumped since the Great Recession forced Americans to rethink living on their own. Demographic experts say it's poised to rise further as baby boomers age, so-called "boomerang kids" walloped by the weak job market stay home longer and ethnic groups such as Asians and Hispanics, who are more likely to live with extended family, continue to grow.

The housing industry is trying to keep up with the changes by adding self-contained suites to single-family homes from North Carolina to California to enable families to stay close while retaining a greater degree of independence.

"It's not the nuclear family, the American dream family that we see all the time," said Jerry Messman, a partner in national design firm BSB Design. "The builders are starting to respond to it."

After World War II, Americans were encouraged to move out of their parents' house when they reached adulthood and achieve independence at an earlier age. Over the next few decades, young families ventured out to live on their own, separately from their parents, in traditional single-family homes.

Since 1980, however, the number of families living in multi-generational households has steadily climbed, buoyed by a wave of immigration and delayed marriages. After the onset of the Great Recession, the number jumped even higher - rising 10.5 percent in a two-year period so that nearly 17 percent of Americans lived in multi-generational households by 2009, according to a report by the Pew Research Center.

During the last year, builders and home designers have started to respond to the trend by rolling out layouts for single-family houses that include a semi-independent suite with a separate entry, bathroom and kitchenette. Some suites even include their own laundry areas and outdoor patios for additional privacy, though they maintain a connection to the main house through an inside door.

Reanna Cox, 33, bought a new home earlier this year in San Bernardino with a suite that connects to her kitchen through a hallway. Initially, Cox and her husband planned to have his aging parents live there. But when her sister lost her job, Cox invited her to move into the suite with her young daughter.

"It's somewhere they can live to get themselves back on their feet," said Cox, who moved to the tan, five bedroom house with caramel-colored shutters to shorten her daily commute.

Lennar Corp., based in Miami, is offering 3,400 square-foot homes that include a roughly 700 square-foot suite in Las Vegas. Standard Pacific Homes of Irvine is offering a self-contained "casita" attached to the main house as an option on its new designs.

Both companies say the plans have been popular since they were rolled out last year.

But it isn't clear what share of homebuyers will buy these homes - especially since immigrant families from Asia and Latin America who have traditionally lived together have long found ways to do so without this option, said Gary Painter, research director at the University of Southern California's Lusk Center for Real Estate.

"There certainly is a demand to be close," Painter said. "We just don't have enough in the market to make a definitive statement about whether this sort of kitchenette living or guest house nearby will become a next wave."

But in higher-end markets, Painter said it's more likely such plans could prosper, including among well-to-do immigrant families.

New home sales have struggled as builders face competition from foreclosures and short sales. While sales of previously occupied homes have risen more than 13 percent since July, sales of U.S. new homes fell in February for the second straight month and remain well below levels that economists consider healthy.

Lennar is offering its so-called "Next Gen" designs in states ranging from California to Texas to Florida. Sales of these multi-generational homes account for a very small percentage of the company's sales but are growing quickly, said Jeff Roos, Lennar's western regional president.

Multi-generational homes are expected to account for roughly 30 to 40 percent of new homes in communities where the floor plans are being offered, Roos said.

The Aliso Viejo-based New Home Company is rolling out a range of options for multi-generational living in the affluent Orange County suburb of Irvine, where the Asian population has nearly doubled in the last decade.

The company's floor plans include a self-contained suite attached to a main house or separate homes that share a common yard and pool. The company has reached out to Asian buyers by offering touches such as specially designed wok kitchens and dedicated music rooms, but the homes are also drawing buyers from other ethnic backgrounds, said Joan Marcus-Colvin, the company's vice president of sales, marketing and design.

"Although extremely popular within the Asian culture, (multi-generational living) is also something a lot of other people are having to deal with," she said.

"In my experience, people do move toward home products that are going to meet their needs better," said Park, who owns a real estate firm in San Diego.

Builders say the tendency to live together longer comes down to a matter of economics as families of varied ethnic backgrounds cope with the wake of the recession and the needs of aging parents, who may have seen their retirement savings depleted in the downturn.

"We see so many families that are living like this," said Jeremy Parness, Lennar's division president in Las Vegas. "There's so many different reasons, all driven mostly by economics."