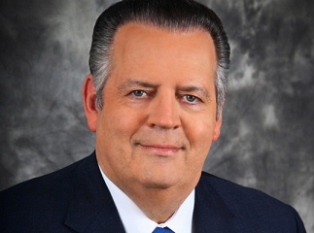 NASHVILLE, Tenn. (AP) -- The head of the Southern Baptist Convention's public policy arm condemns the response of many black leaders to the Trayvon Martin case as "shameful." Some black pastors within the nation's largest Protestant denomination say Richard Land's comments are setting back an effort to broaden the faith's appeal beyond its traditional white, Southern base.

Land says he stands by his assertion that President Barack Obama "poured gasoline on the racialist fires" when he addressed Martin's slaying and that Obama, the Rev. Jesse Jackson and the Rev. Al Sharpton have used the case "to try to gin up the black vote for an African American president who is in deep, deep, deep trouble for re-election."

Land, who is white, said in an interview he has no regrets about his remarks. He said he understands why the case has touched a nerve among black leaders, but he also defended the idea that people are justified in seeing young black men as threatening: A black man is "statistically more likely to do you harm than a white man."

"Is it tragic that people react that way? Yes. Is it unfair? Yes? But it is understandable," he said.

The comments come as the Southern Baptist Convention is trying hard to diversify its membership and distance itself from a past that includes support of slavery and segregation.

Last year, the denomination for the first time elected a black pastor to its No. 2 position of first vice president, and the Rev. Fred Luter is expected to become the first black president of the Southern Baptist Convention at this year's annual meeting in June.

When asked about the concern that Land's comments hurt the effort to attract non-white members, Luter said, "It doesn't help. That's for sure."

While SBC presidents are elected for one-year terms, as the head of the SBC's Ethics and Religious Liberty Commission for 23 years, the outspoken Land is arguably the most powerful person in the denomination and certainly its most visible spokesman.

"I think his (Land's) statements will reverse any gains from the rightful election of Fred Luter," said the Rev. Dwight McKissic, a black pastor at the SBC-affiliated Cornerstone Baptist Church is Arlington, Texas.

McKissic said he plans to submit a resolution at the SBC's annual meeting asking the convention to repudiate Land's remarks.

Land counters that he has been working for racial reconciliation for his entire ministry.

He was one of the chief architects of a 1995 resolution by the Southern Baptists apologizing for their role in supporting slavery and racism. Since that resolution, black membership in the SBC has tripled, Land said, going from about 350,000 in 1995 to about 1 million today.

While he recognizes that his comments may hurt black membership within the SBC, he said he was not setting back the quest for racial reconciliation.

"Part of racial reconciliation is being able to speak the truth in love without being called a racist and without having to bow down to the god of political correctness," he said.

Land told The Associated Press that he has also criticized white religious leaders, including Pat Robertson and Jerry Falwell, when they behaved in ways he considered irresponsible.

And he said he thinks McKissic's resolution will fail.

"I have no doubt, based on the emails I have received, that a vast majority of Southern Baptists agree with me," he said.

Land made the comments about Sharpton, Jackson and Obama during his weekly radio show. His broader point was that there has been a rush to judgment, with many people convinced that shooter George Zimmerman is guilty even before he goes to trial.

Zimmerman, a neighborhood watch volunteer, says he was defending himself when he fatally shot the 17-year-old Martin during a scuffle. Martin was unarmed as he walked from a convenience store, and the case has become a racial flashpoint with protesters speculating that Zimmerman singled out Martin because he was black.

Zimmerman, who has a white father and a Hispanic mother, was charged with second-degree murder on Wednesday by a special prosecutor assigned to the case. The charges came after weeks of protests around the country.

Prominent supporters of Martin's family have included Sharpton and Jackson. Last month, Obama called the death a tragedy and said, "If I had a son, he'd look like Trayvon."

On his radio show, Land accused Obama of shamefully exploiting Martin's death and said Jackson and Sharpton, whom he called "racial ambulance chasers," were guilty of the same.

Jackson, in a phone interview Thursday, did not address Land's personal attacks but said that racial profiling is still a very big problem for African-Americans, not just because they are sometimes unjustly viewed as criminals, but also because they are discriminated against by banks and insurance companies.

"Any help Reverend Land wants to give to address racial profiling is welcome," Jackson said.

Jonathan Merritt, a white Southern Baptist minister whose book, "A Faith of Our Own: Following Jesus Beyond the Culture Wars" is due out this month, said Land's comments turn off not only minorities, but also many young believers who are "disappointed with culture war Christianity and want to move beyond name-calling."

"I think Land's comments reinforce, rather than rebut, the image of the SBC as a denomination of old, angry white men," he said.