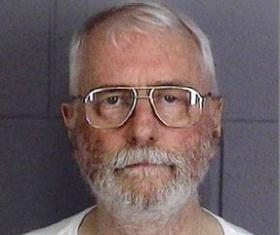 SYCAMORE, Ill. (AP) -- A Seattle man was found not guilty Thursday of raping an Illinois teenager 50 years ago in a case that stemmed from an unrelated charge - that he killed a young girl from the same small town five years earlier.

DeKalb County Judge Robbin Stuckert said prosecutors did not meet the burden of proof needed to convict Jack McCullough, 72, during a two-day trial. He was charged with rape and indecent liberties with a child in Sycamore, Ill., in 1962.

The accuser testified she was 14 when McCullough picked her up in a convertible and drove her to an unfamiliar house, where he assaulted her in a dark room before two other men also raped her. The Associated Press generally does not name victims in rape cases.

Prosecutors argued McCullough took advantage of the teen while he held a position of authority and trust. Defense attorneys said no one could corroborate the victim's story and that there was no physical evidence.

A grand jury indicted McCullough on the rape charges last September, a month after he was indicted on kidnapping and murder charges in the 1957 death of another Sycamore girl, 7-year-old Maria Ridulph. He has pleaded not guilty, and a trial has not yet been scheduled in that case. The woman who accused McCullough of rape came forward after he was arrested in the Ridulph death.

He was arrested July 1 in Seattle in that killing, one of the oldest slaying cases in the nation to be reopened.

Maria Ridulph was abducted as she played outside her home in December 1957. Her body was found the following spring in a wooded area about 120 miles away.

McCullough is being held on bond of more than $3 million in the DeKalb County Jail, about 65 miles west of Chicago.