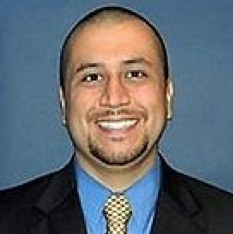 NEW YORK (AP) -- NBC News has fired a producer for editing a recording of George Zimmerman's call to police the night he shot Trayvon Martin, a person with direct knowledge of the matter said Saturday.

The person was not authorized to talk about the situation publicly and spoke on the condition of anonymity. The identity of the producer was not disclosed.

The producer's dismissal followed an internal investigation that led to NBC apologizing for having aired the misleading audio.

NBC's "Today" show first aired the edited version of Zimmerman's call on March 27. The recording viewers heard was trimmed to suggest that Zimmerman volunteered to police, with no prompting, that Martin was black: "This guy looks like he's up to no good. He looks black."

But the portion of the tape that was deleted had the 911 dispatcher asking Zimmerman if the person who had raised his suspicion was "black, white or Hispanic," to which Zimmerman responded, "He looks black."

Later that night of Feb. 26, the 17-year-old Martin was fatally shot by Zimmerman, a neighborhood watch volunteer in Sanford, Fla. Though Martin was unarmed, Zimmerman told police he fired in self-defense after Martin attacked him.

Questions subsequently have arisen over whether Zimmerman was racially profiling the teen, a theory the edited version of the tape seemed to support.

On Tuesday, NBC said its investigation turned up "an error made in the production process that we deeply regret." It promised that "necessary steps" would be taken "to prevent this from happening in the future" and apologized to viewers.