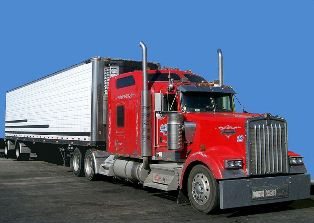 CEDAR RAPIDS, Iowa (AP) -- They were learning to become truck drivers but wound up in a nightmare. In detailed accounts to a federal agency, dozens of female employees of one of the nation's largest trucking companies told of being propositioned, groped and even assaulted by male drivers during cross-country training rides.

"I was beaten, I was fondled, I was humiliated and I was taught nothing," one trainee, Ramona Villareal, said in a deposition.

But rather than leading to a workplace discrimination judgment, the Equal Employment Opportunity Commission's sexual harassment lawsuit against Cedar Rapids, Iowa-based CRST Van Expedited Inc., has backfired and put the agency on trial. The agency is coping with a court ruling that could make it harder and more expensive to pursue large discrimination cases against companies in the Midwest, if not nationwide.

And dozens of women who described an ordeal of unwanted and aggressive sexual conduct may receive no compensation for lost wages or emotional distress because of judicial criticism of the agency's investigation.

A February ruling in the case sets a new standard for workplace class-action lawsuits in the federal court district that includes Iowa, Arkansas, Missouri, Minnesota, Nebraska and the Dakotas. Before filing a lawsuit on behalf of employees alleging similar discrimination, the agency will first have to investigate the merits of every worker's claim and attempt to reach settlements. If the agency doesn't, EEOC risks having the case dismissed.

The agency has argued that such a standard is impractical in cases involving hundreds or thousands of potential victims. At a minimum, the agency says, investigations would take longer and delay relief compared to other regions, where class-action cases can be filed with a lower standard. EEOC has a deadline next week to determine whether to appeal.

"We are an agency with limited resources already, and this is something that, if it stands, would make it even more challenging for us to address and vindicate discriminatory violations in the 8th Circuit," EEOC general counsel P. David Lopez told The Associated Press.

But businesses say the ruling could stop unfair legal tactics and prevent unnecessary and expensive litigation.

"It's incredibly significant," said Chicago lawyer Gerald Maatman Jr., who represents companies sued by the EEOC. "It is a signal by the federal courts that the tactics the EEOC has been using over the last several years may be improper."

The ruling came as the agency has made systemic discrimination cases - those involving many employees - a larger enforcement priority. EEOC investigates 100,000 complaints of workplace discrimination annually, and recovered more than $450 million for employees last year.

The agency's tactics have rattled the business community, which says lawsuits can cost millions of dollars and destroy reputations. The U.S. Chamber of Commerce filed a friend-of-the-court brief in the CRST case denouncing EEOC's tactics and calling for the agency to be more cooperative with industry.

The trucking company case was prompted by a December 2005 complaint from driver Monika Starke, of Azle, Texas, who alleged she was paired with a driver who constantly made crude sexual remarks and advances. After she escaped his truck, she said, she was paired with another driver who demanded sex in exchange for a passing grade.

After failing to reach a settlement for Starke, EEOC filed a lawsuit in 2007 on behalf of all female drivers subjected to "a sexually hostile and offensive work environment." After the company sent letters to thousands of female employees, about 150 gave depositions in which they described being alone for weeks in trucks with male drivers.

One woman said her trainer asked for oral sex every morning and told her if she slept with him she'd certainly pass. Another testified that her trainer put on pornographic movies daily and told her he wanted her to perform similar acts. "And he never let me go a day without telling me that he controlled me passing or failing," Yvonne Fortner testified.

But some of their claims were barred for a variety of legal reasons. And EEOC's tactics infuriated Judge Linda Reade, who said the agency used "a `sue first, ask questions later' litigation strategy." She dismissed the case and ordered the agency to pay CRST an unprecedented $4.4 million in attorney's fees, acknowledging "dozens of potentially meritorious sexual harassment claims may now never see the inside of a courtroom."

The appeals court largely sided with her in a 2-1 ruling, but threw out the fee award and reinstated two claims: Starke's and one filed by a woman who said her trainer repeatedly entered the cab wearing only his underwear. The court ruled that EEOC should have done more investigation and informal mediation before filing suit.

CRST is expected to renew its request for compensation for legal fees. The company said it took disciplinary action such as banning offenders from riding with females.

"We think it was a very favorable decision," said CRST General Counsel Eric Baker. "We certainly believe in all instances we took those matters seriously. We do believe that we will be exonerated."

But one case that reached a jury - a California woman who opted out of the EEOC process and filed her own lawsuit - resulted in a $1.5 million verdict against the company.

"It's a tragedy what happened," said Cedar Rapids attorney Matt Reilly, who has represented women in the case. "The sad thing about this is, the merits haven't been an issue for so long. The appeal was about technicalities."