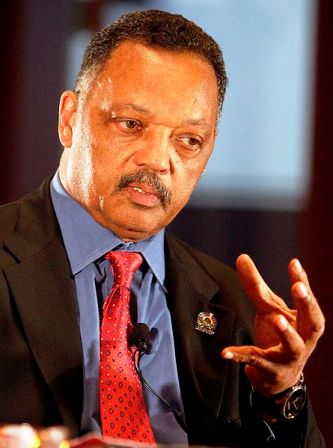 SANFORD, Fla. (AP) -- The parents of an unarmed black teenager shot dead by a neighborhood watch captain in a gated community are leading a rally Monday in the city where he was killed to protest the lack of an arrest or prosecution.

Professional football players Ray Lewis and Santonio Holmes are joining civil rights leaders Jesse Jackson and Al Sharpton at the rally in Sanford, near Orlando, that comes before a city commission meeting. It's the first time Sanford commissioners have met since the city's police chief stepped down in what he called a temporary move.

Also joining the rally are the comedian Sinbad and leaders from the Urban League and ACLU.

Trayvon Martin's parents, Tracy Martin and Sybrina Fulton, also are planning to address the city commission at its weekly meeting. The meeting was moved from City Hall to the Sanford Civic Center to accommodate the expected crowd.

There have been rallies around the country as anger has spread over the shooting a month ago Monday.

Seventeen-year-old Trayvon Martin was returning to his father's fiancee's home from a convenience store when Zimmerman, 28, started following him, telling police dispatchers he looked suspicious. At some point, the two got into a fight and Zimmerman pulled out his gun.

Zimmerman told police he shot in self-defense and hasn't been arrested or charged.

Zimmerman has not spoken in public about the shooting. His lawyer, Craig Sonner, has been speaking for him and has denied there was any racial motive in the shooting. Zimmerman's father is white and his mother is Hispanic.

A man identified as a friend of Zimmerman said Monday the neighborhood watch volunteer would tell the teen's parents he's "very, very sorry" if he could.

Speaking on ABC's "Good Morning America," Joe Oliver said George Zimmerman is not a racist and has virtually lost his own life since the shooting.

"This is a guy who thought he was doing the right thing at the time and it's turned out horribly wrong," Oliver said.

On NBC's "Today" show, Oliver said he had spoken with Zimmerman's mother-in-law, who said Zimmerman was remorseful.

"I learned that he couldn't stop crying for days after the shooting," Oliver said.