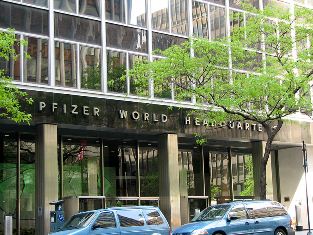 SALEM, Ore. (AP) -- Drugmaker Pfizer Inc. has agreed to pay Oregon more than $3.3 million to settle claims that the company used misleading statements and studies to market an antibiotic.

The settlement announced Tuesday by Oregon Attorney General John Kroger comes after a two-year state investigation of Pfizer's marketing of Zyvox, which is used to treat pneumonia and bacterial skin infections.

Pfizer used "unreliable and unsubstantiated claims" in marketing Zyvox as a better choice than a cheaper, generic antibiotic, the state said. Pfizer's sales representatives distributed copies of flawed clinical studies throughout Oregon to support the marketing claims, according to the state Justice Department.

The settlement was filed in Marion County Circuit Court.

Pfizer denied the allegations, The Oregonian reported (http://is.gd/oWUCwe ). In a statement, the company said it was "pleased to resolve this investigation and avoid the further time and cost of litigation."

The Oregon settlement builds on a 2009 multistate settlement that involved Zyvox and other drugs, the newspaper reported. In that case, federal prosecutors hit Pfizer with $2.3 billion in fines.

"Our investigation was aggressive, detailed, went places that the federal settlement didn't and provided additional settlement to the state of Oregon," said David Hart, a state senior assistant attorney general who headed the probe.

The money will reimburse the State Accident Insurance Fund and the Department of Corrections for previous Zyvox purchases. It also will go to fund a new program for consumer education and efforts to teach consumers about proper use of antibiotics.

Some of the proceeds will go into a fund for the state's consumer protection activities.

Information from: The Oregonian, http://www.oregonlive.com