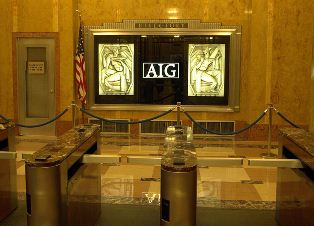 WASHINGTON (AP) -- Former members of a congressional panel that oversaw bailouts during the financial crisis are condemning a tax break for insurance giant American International Group. They say it amounts to an extra bailout worth billions of dollars.

Former oversight panel chair Elizabeth Warren and others from both parties say the tax break is a massive taxpayer subsidy on top of the $182 billion bailout that AIG received during the financial crisis.

Companies generally can't count all of their past losses against future taxes after they change ownership. The former panel members say the Treasury Department gave AIG exemptions from the limit, handing the company an extra $17.7 billion of profit.

Warren is a consumer advocate and Democratic candidate for the U.S. Senate from Massachusetts. The oversight panel disbanded last April.