Oregon Health Care Picks Up Where Obama Left Off 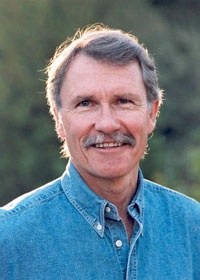 SALEM, Ore. (AP) -- Pregnant with her seventh child and desperate to kick a meth addiction, Madeline Hutchinson turned to a program from the local Medicaid provider that connected her with a mentor and other support that she says helped her get off drugs.

"We need mentors. We need advocates," Hutchinson said. "We need someone that's going to come along and say, `This baby needs to be clean. And we're going to show you how.'"

There's a smattering of similar preventative care programs around Oregon, and not just for addicted mothers. But there hasn't been a statewide push - until now.

Oregon Gov. John Kitzhaber last week signed a law that will create new regional entities, called coordinated care organizations, which will be expected to establish programs such as the one Hutchinson credits with turning around her life.

Kitzhaber says the plan will improve care, reduce costs and serve as a model for the rest of the nation.

But critics doubt the potential for significant savings and say the program could even increase costs.

But each will be a holistic approach that addresses every aspect of health - mental, medical and dental - with a focus in particular on people with mental illnesses, addictions or chronic conditions like diabetes, heart disease, asthma and kidney failure.

The idea is to target the costliest patients and provide up-front care that can prevent emergency room visits and other expensive interventions, potentially saving millions.

Oregon has long been a pioneer in finding new approaches to health care, and Kitzhaber - a former emergency room doctor who has championed overhauling the system - believes the new law could keep people healthier and save money.

Officials say that if all 50 states adopted Oregon's changes, the federal budget would save more than $1.5 trillion over the next 10 years - $300 billion more than Congress' failed "super committee" was trying to save over the same time period.

Long before the Oregon Legislature passed the law in February, Kitzhaber took his idea to Washington, D.C., to present it to Obama administration officials, and he caught their attention.

"There are several states thinking about this kind of approach," said Cindy Mann, a deputy administrator at the federal Centers for Medicare and Medicaid Services. "This is definitely a time when everybody can be learning from each other."

In some ways, Oregon's effort is an attempt to pick up where Obama's health overhaul leaves off. While Obama expanded access to care, his Affordable Care Act leaves it largely up to the states to find a plan for lowering the cost and improving the quality.

But there is no guarantee the new Oregon law will do exactly what Kitzhaber wants.

A January report by the Congressional Budget Office found that projects experimenting with coordinated care for Medicare patients did not provide conclusive evidence of savings.

"On average, the 34 programs had no effect on hospital admissions or regular Medicare expenditures," the report stated.

And the ability to usher in widespread cost savings across the health care system will depend on whether the program can expand beyond Medicaid. Even if it works in Oregon, there's no guarantee that other states with different cultural and political environments would see the same results.

Oregon state Sen. Fred Girod, a conservative Republican and a dentist, said he doesn't think the plan would save money because he says it will increase consumption of health care.

"Are we going to get more for less?" Girod said in a committee hearing. "I've been in the Legislature for a long time. I've been promised that I don't know how many times, and I have yet to see it."

Proponents dismiss the CBO report, saying their plans go far beyond the limited experiments that were studied, and point to data from projects in Oregon and elsewhere that more closely align with their plans.

A state-commissioned report found that significant savings were possible from eliminating duplicated tests, preventing hospitalizations and other techniques.

Oregon's changes will focus on the neediest, costliest patients. Many of them are on both Medicare, primarily for the elderly, and Medicaid, primary for the poor.

Various funding streams from all levels of government for mental, physical and dental care will be pooled into a global budget. Each coordinated care organization will get a share of that budget and will have broad authority to spend the money as it sees fit. Successful organizations will be rewarded with additional cash.

Officials around Oregon have already begun setting up coordinated care organizations and some are expected to be operational by July.

Supporters of the new law say a project in central Oregon shows that it can work.

After identifying 144 patients who were frequently visiting the emergency room - at least 10 times in a year - a group of health providers found that most had mental health conditions and more than half had no primary care provider who could treat simple disorders outside the ER.

Robin Henderson, a psychologist who is director of behavioral health services for the hospital in Bend, Ore., says the program has promise, "It's an interesting shift in philosophy to start to look at how you care for the whole person."