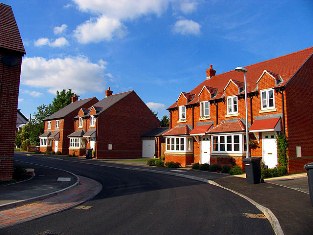 WASHINGTON (AP) -- The Obama administration is offering some relief to homeowners who have government-backed mortgages. Under a program President Barack Obama unveiled this week, the government would cut the fees it charges to insure those borrowers.

The idea is that lower fees would persuade millions to refinance their loans while interest rates are near record lows. It's the administration's latest attempt to minimize the damage from the foreclosure crisis and help more people keep their homes.

Here's a look at the program:

Q: What has the administration proposed?

A: Borrowers with mortgages insured by the Federal Housing Administration could refinance at half the current fee. A lower fee would follow years of rising mortgage insurance premiums. FHA is also reducing an up-front premium when it initiates a loan. The FHA charges the fees on top of standard interest rates because it backs riskier borrowers.

A: The administration estimates 2 million to 3 million homeowners. Most are first-time or low-income homebuyers. The FHA requires only a 3.5 percent down payment. And borrowers don't have to prove that they're employed. FHA borrowers can also refinance even if they're "underwater," or owe more on their mortgage than their home is worth.

Q: How much will those who get the reduced fees actually benefit?

A: The fee is now 1.15 percent of the mortgage balance each year. Those fees are unappealing to many borrowers who want to refinance. The plan would cut the fee to 0.55 percent. The current up-front premium would also be lowered, from 1 percent of the loan balance to .01 percent. As a result, a borrower who owed $175,000 on their mortgage could save about $1,750 in one-time fees and more than $1,000 per year in annual fees by refinancing. The borrower could save nearly $150 a month more if the interest rate declined from 5 percent to 4 percent.

Q: Can those who are eligible be excluded from other government housing programs?

A: Most of the other federal housing programs, including its signature refinancing and mortgage modification programs, target other types of homeowners. So there's little overlap with the FHA's refinancing plan. For example, the administration's refinancing and mortgage modification programs are for homeowners whose mortgages are owned or backed by government-controlled Fannie Mae and Freddie Mac, not the FHA.

A: Possibly, if the reduced fees are well-advertised and borrowers are confident of saving on their mortgage payments by refinancing. If homeowners are wary of paying even a small amount to refinance, the program could fail to reach millions who are eligible. Economists said the lower fees are a modest way to help the troubled housing market but won't turn it around. "The only thing that will do that are low interest rates and job growth," said Susan Wachter, a professor of real estate at the University of Pennsylvania's Wharton School. Stan Humphries, chief economist at the real estate website Zillow.com, predicted that a separate plan to compensate military service members who were wrongfully foreclosed upon would be a big help to that group. It's unclear how many military service members would benefit.