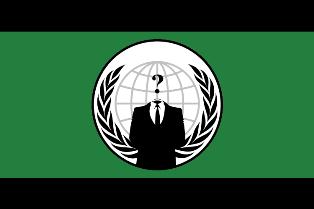 NEW YORK (AP) -- An Internet outlaw's decision to go to work for the FBI poured light on a secretive world where young computer experts caused havoc and where authorities say a Chicago man and others celebrated their successes as they stole hundreds of thousands of dollars with stolen credit card numbers.

Court documents unsealed Tuesday revealed charges against six individuals in Europe and the United States and showed the clash between law enforcement and Internet hackers, a group of worldwide computer enthusiasts already threatening to retaliate.

Law enforcement officials said it marked the first time core members of the loosely organized worldwide hacking group Anonymous have been identified and charged in the U.S.

Some Anonymous members put on a brave face.

"Anonymous is a hydra, cut off one head and we grow two back," read one defiant message posted to Twitter.

At the center was the legendary hacker known as "Sabu," who when he was arrested last June was identified as Hector Xavier Monsegur, 28, a self-taught, unemployed computer programmer with no college education. Authorities said his cooperation has helped to prevent more than 300 Internet attacks.

Authorities said he was living on welfare in public housing in New York as he carried out crimes that made him a hero to some in cyberspace until he made a rookie mistake - he posted something online without cloaking his IP address, or computer identity - and someone tipped off the FBI.

Court records show he agreed to cooperate during an August plea proceeding and testify against others.

Among those charged Tuesday was 27-year-old Jeremy Hammond of Chicago. Investigators said Hammond boasted that he'd snared the personal data of a former U.S. vice president and one-time CIA director as part of an attack in December of Strategic Forecasting Inc. or Stratfor, a global intelligence firm in Austin, Texas, that affected up to 860,000 victims.

The government said Hammond conspired to hack into computer systems used by Stratfor, which describes itself as a subscription-based provider of geopolitical analysis.

It said he and co-conspirators stole credit card information for approximately 60,000 credit card users and used some of the stolen data to make more than $700,000 in unauthorized charges.

Court papers said a January email titled "Official Emergency Communique Straight from the Anonymous Hacker Underground" was sent to the company's customers whose accounts had been compromised. The papers said it claimed: "The sheer amount of destruction we wreaked on Stratfor's servers is the digital equivalent of a nuclear bomb: leveling their systems in such a way that they will never be able to recover."

Investigators said Monsegur and the other defendants were associated with Anonymous, and some were also part of the elite spinoff organization that Monsegur formed last May, Lulz Security or LulzSec. "Lulz" is Internet slang for "laughs" or "amusement."

Monsegur and the other defendants were accused in court papers of hacking into corporations and government agencies around the world, including the U.S. Senate, filching confidential information, defacing websites and temporarily putting victims out of business. Authorities said more than 1 million people were affected.

Prosecutors said that among other things, the hackers, with Monsegur as their ringleader, disrupted websites belonging to Visa, Mastercard and Paypal in 2010 and 2011 because the companies refused to accept donations to Wikileaks, the organization that spilled a trove of U.S. military and diplomatic secrets.

Also, prosecutors said, Monsegur and the others attacked a PBS website last May and planted a false story that slain rapper Tupac Shakur was alive in New Zealand. Investigators said it was retaliation for what the hackers perceived to be unfavorable news coverage of Wikileaks on the PBS program "Frontline."

A Twitter account associated with Monsegur has some 45,000 followers and regularly spouts expletive-filled anti-government messages. His last tweet on Monday was in German. An earlier tweet described the federal government as being run by "cowards."

"Don't give in to these people," the message read. "Fight back. Stay strong."

Monsegur pleaded guilty in August to charges that included conspiracy to commit hacking, admitting he obtained dozens of credit card numbers online and gave them to others or used them to pay his bills. His lawyer, Philip L. Weinstein, declined to comment Tuesday.

His deal with prosecutors requires his full cooperation and testimony at any trial. In return, he gets leniency from a potential prison sentence of more than 120 years. He is free on $50,000 bail.

Davis' lawyer, Adel Buckingham, declined comment. Contact information for the other European defendants' lawyers could not immediately be located.

Hammond, who was arrested Monday, appeared before a federal judge in Chicago and was ordered transferred to New York.

Defense attorney Jim Fennerty described Hammond as compassionate, saying he had rallied against plans to hold the 2016 Olympics in Chicago because he felt it would hurt low-income people and had protested against neo-Nazi groups.

"He's concerned about people and issues - that's why I like him," Fennerty said.

In July, when LulzSec's attacks were grabbing world headlines, someone alleged that Sabu was Monsegur and posted personal details about him on the Internet. Sabu took to Twitter to deny it.

Barrett Brown, a former journalist who became closely associated with Anonymous, said Sabu's cooperation with the FBI could do serious damage to Anonymous.

"He was an admired Anon," he said. "He's been a leader. People came to him with information. God knows what else he told them."