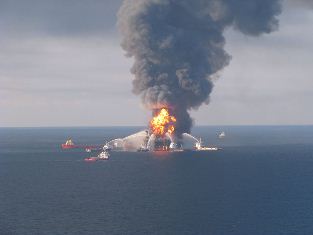 NEW ORLEANS (AP) -- Nearly two years after his brother Gordon was killed in the Deepwater Horizon oil rig explosion, Chris Jones had planned to drive in from Baton Rouge with other relatives to attend the start of the federal trial over the nation's worst offshore oil disaster.

But Jones learned Sunday that a judge had delayed the start of the trial from Monday to March 5 because oil giant BP PLC was making progress in settlement talks with a committee overseeing scores of lawsuits. Jones said he has mixed feelings about the prospect of a settlement, adding that he would be disappointed if BP manages to "write a check to solve their problems."

"I was ready to go to trial and see their feet held close to the fire," he said Sunday. "It seems like the easy way out to pay whatever the plaintiffs are willing to take."

Two people close to the case told The Associated Press the decision to postpone was made Sunday during a conference call between parties in the Gulf of Mexico oil spill case and U.S. District Judge Carl Barbier. They spoke on condition of anonymity because they were not authorized to discuss the call.

They said the judge told those on the call that BP and the Plaintiffs' Steering Committee were "making some progress" in their settlement talks. The steering committee is overseeing lawsuits filed by individuals and businesses following the explosion on the Deepwater Horizon rig on April 20, 2010. The blast killed Gordon Jones and 10 other workers and led to 206 million gallons of oil spewing from the blown-out well, soiling miles of coastline.

However, the judge did not mention the status of settlement talks between other parties, nor did he mention any figures being discussed, according to the people close to the case.

The brief order issued by Barbier on Sunday said only that the delay was granted "for reasons of judicial efficiency and to allow the parties to make further progress in their settlement discussions."

Among other things, the trial that is now set to begin March 5 is meant to determine the penalties that need to be paid by BP and other companies involved in the oil spill. Billions of dollars are at stake.

BP and the Plaintiffs Steering Committee confirmed in a joint news release that the trial had been delayed. It said the oil giant and the PSC were working to reach an agreement that would "fairly compensate people and businesses affected by the Deepwater Horizon accident and oil spill."

"There can be no assurance that these discussions will lead to a settlement agreement," the joint statement said.

Separately, BP has had discussions in recent days with the federal government and cement contractor Halliburton Energy Services Inc., according to several people close to the case.

If no settlement is reached, Barbier will preside over a three-phase trial that could last the better part of a year. The first phase is designed to identify the causes of the deadly blowout and to assign percentages of fault to the companies involved in the ill-fated drilling project.

Financial analysts estimate BP could wind up paying anywhere from $15 billion to $30 billion over the lawsuits, and BP has estimated in regulatory filings that its total liability for the disaster is $40 billion.

An AP analysis found that the company could conceivably face up to $52 billion in environmental fines and compensation if the judge determines the company was grossly negligent.

The trial may not yield major revelations about the causes of the disaster, but the outcome could bring much-needed relief for tens of thousands of people and businesses whose livelihoods were disrupted by the spill.

Relatives of the 11 people killed in the Deepwater Horizon blast say they are hoping for something more elusive: justice for lost loved ones.

Sheryl Revette, whose husband, Dewey, was also among the 11 killed when BP PLC's Macondo well blew out and triggered an explosion on the drilling rig, doesn't have anything to gain financially from the trial. She wants an apology from the oil giant, something she said she hasn't received yet.

"I've never heard a word from them," said Revette, 48, of State Line, Miss. "But an apology isn't going to bring my husband back."

The decisions and actions that led to the explosion and spill already have been painstakingly investigated by the Coast Guard, federal regulators and a presidential commission. Their probes concluded that BP, rig owner Transocean Ltd. and Halliburton deserve to share the blame for a string of risky decisions that were designed to save time and money.

Transocean spokesman Lou Colasuonno wouldn't comment Sunday on whether the company, which owned the Deepwater Horizon rig, was participating in settlement talks.

"This deal does not change the facts of the case and Transocean is fully prepared to go to trial," he said of BP's settlement talks with the plaintiffs.

The massive scope of the case - a maze of claims and counterclaims between the companies, federal and state governments and plaintiffs' attorneys - has elicited comparisons to the tobacco litigation of the 1990s.

Roughly 340 plaintiffs' lawyers have worked on the oil spill case. BP has spent millions of dollars on experts and law firms. More than 300 depositions have been taken. Millions of pages of legal briefs have been filed. One Justice Department lawyer said it would take him 210 years to read all the pages submitted into the record if he read 1,000 pages a day.

Barbier, a former president of the Louisiana Trial Lawyers Association and appointee of President Bill Clinton, has a reputation for speedy but fair trials. He will hear and decide the case without a jury. Each trial phase is expected to last two to three months, with breaks in between. Even if all parties settle their claims before or during the trial, it could take several months for claims to be paid.

Chris Jones, an attorney, said he's not surprised that BP would seek to avoid a long, costly trial.

"I know that is part of the game, so to speak," he said. "As long as they're paying a lot of money for the damage they caused, it would give me some relief."