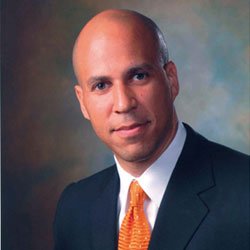 Newark, N.J. (AP) -- Newark Mayor Cory Booker and his top police official say the city was misled by the New York Police Department and never would have authorized such wholesale spying on Muslims if they had known about it.

Booker, a rising star in the Democratic Party, says he was offended to read a 2007 NYPD report that catalogued all his city's mosques and Muslim businesses. Police Director Samuel DeMaio said the NYPD simply asked local police to show them around the city. He says Newark officers had no idea it was part of the NYPD's effort to build databases on where Muslims eat, work, shop and pray.

DeMaio says it's not activity Newark would ever do and he called it troubling.