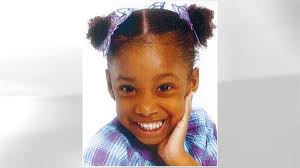 PHOENIX (AP) -- Police have started methodically searching a landfill south of Phoenix for the body of a 5-year-old Arizona girl who has been missing for more than four months and who authorities now believe is dead.

About 20 officers wore protective gear, masks, and boots, and used rake-like tools as they began sifting through every single piece of garbage in a 36,000-square-foot area of the Butterfield Landfill in Mobile, south of the Phoenix area. That amounts to about 6,000 tons of trash.

They will search eight hours a day Monday through Friday for up to six weeks or until they find the body of 5-year-old Jhessye Shockley of Glendale.

The officers conducting the search all volunteered for the labor-intensive and potentially dangerous work, Glendale police Sgt. Brent Coombs said Monday just after the search began.

"Nobody here believes that little girl should be left in that landfill," he said. "She shouldn't be dead, first thing. Secondly, she deserves a proper interment, and certainly recovering her remains is a critical piece to making our case as strong as possible."

Glendale police now believe that Jhessye's body was dumped in a Tempe trash bin a few days before her mother, Jerice Hunter, reported the little girl missing on Oct. 11.

An intensive search began as police and volunteers combed her neighborhood and found no sign of her or any evidence indicating what might have happened to her.

In the weeks that followed, information about Hunter's past abuse of her children came to light and the investigation turned to her, and Coombs said Monday that she was still the "No. 1 focus."

"I can't really speak about the volume of evidence in hand but we want to be in the best possible position we can be before making that next step in an arrest," he said. "We're going to let this search effort play out in hopes that we gain the final piece of critical evidence so we can strengthen our case more."

The phone at Hunter's home was disconnected. She and her attorney, Scott Maasen, have maintained her innocence.

Maasen was in court Monday and could not immediately be reached for comment.

Hunter's 13-year-old daughter, who had been removed from Hunter's home with her other siblings Oct. 12, told police in November that she hadn't seen Jhessye since September. She told them that a few days before Hunter reported the girl missing, she saw Hunter cleaning her shoes and a closet where she kept Jhessye.

Police said they found a receipt that showed Hunter bought food and a bottle of bleach Oct. 9.

The teen also told police that Hunter deprived Jhessye of food and water while keeping her in the closet, and that she saw the girl with black eyes, bruises and cuts to her face and body. When she last saw Jhessye, the teen said that the girl's hair had been pulled out, that she didn't look alive, and that the closet where she was kept "looked like a grave and smelled like dead people."

Police arrested Hunter soon after on suspicion of child abuse related to Jhessye. They released her from jail a day later and dropped the charge against her after persecutors said they wanted to investigate further and were worried that Hunter would not be eligible for a potential murder charge if she was convicted of abusing Shockley, a situation known as double jeopardy.

Hunter has declined to submit to a lie-detector test by police but has told reporters that she had nothing to do with her daughter's disappearance. She also has been critical of investigators, who she said were wrongly focused on her instead of looking for Jhessye.

In October 2005, Hunter was arrested with her then-husband, George Shockley, on child abuse charges in California. Hunter pleaded no contest to corporal punishment and served about four years in prison before she was released on parole in May 2010.

Shockley is a convicted sex offender and is still in a California prison.

Hunter's oldest child, 14 at the time, told police that his mother routinely beat the children. Hunter's mother, Shirley Johnson, has said that her daughter changed after prison and became a loving mother.