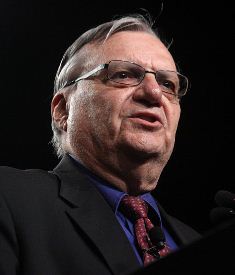 Arpaio has long denied the racial profiling allegation. He called the Justice Department's scathing Dec. 15 report a politically motivated attack by the Obama administration that will make Arizona unsafe by keeping illegal immigrants on the street.

In a Jan. 17 letter to an Arpaio attorney, Assistant U.S. Attorney General Thomas Perez said MCSO appeared to be trying to delay the meeting.