Complaint About La Teacher Made Years Ago 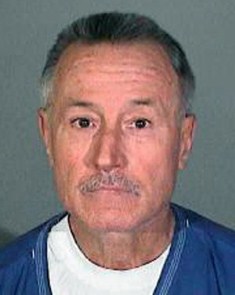 LOS ANGELES (AP) -- A Los Angeles teacher suspected of taking bizarre bondage-style photographs of children in his class was investigated in 1994 for allegedly trying to fondle a 10-year-old girl, authorities said Thursday.

The incident allegedly occurred in September 1993 but wasn't reported by the girl's mother to officials at Miramonte Elementary School until the following January, said sheriff's Sgt. Dan Scott. The girl claimed that Mark Berndt, 61, reached toward her genitals during class but she pushed his hand away, Scott said.

The school notified the Sheriff's Department, which investigated Berndt, who denied the accusation, and sent the case to the Los Angeles County district attorney's office, which declined to file charges.

A phone message left for a district attorney spokeswoman was not immediately returned.

Berndt remained jailed on $23 million bail after his first court appearance Wednesday on felony charges that he committed lewd acts on 23 boys and girls, ages 6 to 10, between 2005 and 2010. He could face multiple life sentences if convicted.

Angry parents confronted school officials Wednesday, demanding to know why they weren't told for a year that Berndt, who taught at Miramonte for more than 30 years, was suspected of photographing children in class for sexual thrills.

Berndt was removed from classwork in January 2011 and fired within the month, but only parents of children identified as victims were told by authorities at that time of the investigation.

School officials and investigators said proper procedures were followed to prevent anything that might harm efforts to investigate and build a case against the teacher.

"That's cool and fine but the detectives' children don't go here," said Cheremoya Dupree, 38, whose two children attend the school and were not victims. "I want them to tell the truth ... because I don't think we got that."

Meanwhile, two women who said they were former students of Berndt told the Los Angeles Times (http://lat.ms/yo4M8P ) Wednesday that complaints were made about Berndt's odd behavior as far back as 1990.

Marlene Trujillo, 30, said she and two other fourth-grade classmates spoke with a school counselor about Berndt. They told the counselor he often moved his hands under his desk, near his lap, at the front of the classroom. She and other students also had seen a jar of Vaseline in one of his desk compartments.

Trujillo said the counselor "just told us it's not very good to make stories up. She said it was our imagination. It was never talked about again."

Trujillo's classmate, Nadine Martinez Rodriguez, said she also noticed Berndt's behavior. Martinez said she told her mother about it at the time but that her mother didn't take it seriously enough to report to school officials, the Times reported.

School officials tried to determine how the alleged behavior went on unsuspected for so long.

"How do I make sense out of the fact that this took place over a number of years and no one seemed to know about that?" Los Angeles Unified School District Supt. John Deasy told the Times. "I'm definitely trying to understand how someone could not have known."

Using a cheap camera, Berndt is suspected of snapping nearly 400 photographs of Miramonte students, some with a giant Madagascar cockroach from a classroom terrarium on their faces.

Others were blindfolded or had clear tape over their mouths, and some were shown with a spoonful of milky liquid placed near their lips, sheriff's Sgt. Dan Scott said.

The photo sessions were treated as a game and some children were given sperm-laced cookies to eat as treats, Scott said. Berndt didn't sell or share the photographs but did give copies to some children, Scott said.

Some children were smiling, and there was one photograph of Berndt tied up but with a "nonchalant" expression, Scott said.

The investigation began in the fall of 2010 when a film processor became suspicious about the photographs and turned them over to Redondo Beach police, who on Dec. 2, 2010, handed them over to the Sheriff's Department, Scott said.

Investigators began trying to track down the children, but learned the year-round school was on break until Jan. 3, 2011, Scott said.

On that day, investigators went to the class, where Berndt refused to be questioned without an attorney, Scott said.

An investigator then found a blue spoon apparently hidden in a trash can that appeared to be the one seen in the photographs, but it took months before analysis determined there was semen on the spoon and more time before DNA testing matched it to Berndt, authorities said.

Only then was there enough evidence of a crime to charge Berndt, Scott said.

Meanwhile, investigators kept trying to identify children in the photographs, some of which apparently dated back to 2005.

"Up until two weeks ago, we were still working to identify children," Scott said.