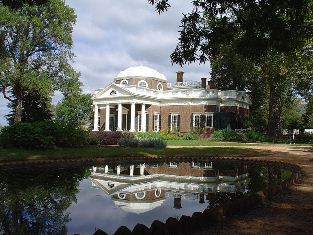 WASHINGTON (AP) -- As the Smithsonian continues developing a national black history museum, it's offering a look at Thomas Jefferson's lifelong slave ownership through an exhibit that explores the lives of six slave families at his Monticello plantation.

The exhibit at the National Museum of American History includes a look at the family of Sally Hemings, the slave who many historians believe had an intimate relationship with the third president. Some archaeological artifacts will be on public view for the first time.

Curators explore Jefferson's inherent conflict as he drafted the Declaration of Independence and called slavery an "abominable crime" but was a lifelong slave holder.

Construction is set to begin this year on the National Museum of African American History and Culture, the first addition to the National Mall since 2004.