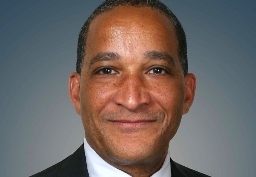 If confirmed, Bruce A. Harris would become New Jersey's first openly gay justice, and Phillip H. Kwon would become its first Asian representative and the first justice born outside the United States.

Christie, a Republican, said he had "extreme confidence" in the records and intellects of his nominees, neither of whom has been a judge.

"I felt strongly about making sure the court have diversity but first and foremost that the court have quality justices who make sure they take the court in a direction that is a responsible one for the future of our state and its people," Christie said at a news conference attended by the nominees and their families.

Harris, 61, is the Republican mayor of Chatham Borough in Morris County, a post Christie said he would give up if confirmed. He would be the third African-American to be seated on the court.

Kwon, 44, works in the attorney general's Office and lives in Closter in Bergen County. He is not officially affiliated with either major political party.

The current New Jersey court is made up of five women and two men, all white.

However, New Jersey has one of the highest percentages of foreign-born residents in the nation, with about one of five residents being born outside the country, according to the U.S. Census. And Census figures show 15.8 percent of New Jersey residents identify themselves as at least partially black or African-American; 9 percent say they are at least partially Asian.

Christie created a firestorm when he decided not to renominate the court's only black member, Justice John Wallace, in 2010.

The Harris and Kwon nominations, which require Senate confirmation, came the day before a state Senate panel was to consider a bill allowing gay couples to marry. The measure is being pushed by Democrats who control the Legislature.

The gay marriage bill was defeated two years ago, but the Democratic Senate president, who didn't vote then, has had a change of heart and is now sponsoring the legislation, carrying several votes with him. Christie, who does not support gay marriage, has said he would look at the bill if it reaches his desk.

A parallel lawsuit filed by several same-sex couples and their children claim the state's civil unions law, which confers the benefits of marriage but not the title, is unjust. That case is likely to be decided by the Supreme Court.

Christie refused to discuss the gay marriage bill Monday but said he would address it "when and if it shows some momentum" in the Legislature.

Christie, who has long been critical of a high court he sees as too liberal, said he did not ask his nominees their views about specific cases. He said the nominees wouldn't speak publicly before appearing in front of the Senate Judiciary panel.