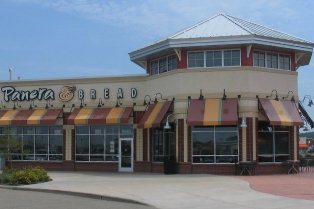 PITTSBURGH (AP) -- A black man who says racial discrimination forced him to quit working at a Panera Bread restaurant has sued its franchisee, claiming the company doesn't want black employees in positions where they interact with the public. His lawsuit echoes allegations by a white manager of the suburban Pittsburgh store who sued last year, claiming he was fired for defending the employee.

The defendant, Warren, Ohio-based Covelli Enterprises, which operates nearly 200 Panera cafes in four states, contends the 21-year-old man walked off the job last year after he was disciplined for violating company dress code, and health and safety policies. A company statement called the new lawsuit filed by Guy Vines and one filed in November by the fired manager, Scott Donatelli, "a coordinated attempt by two disgruntled former employees to discredit the company for a profit motive."

Vines' 12-page complaint, filed in federal court in Pittsburgh Wednesday, echoes Donatelli's, which alleges he was fired by Covelli for objecting to Vines' treatment. The company said in its statement that it investigated Donatelli's claims and called them "completely unfounded."

But Sam Cordes, the attorney for both plaintiffs, writes in Vines' lawsuit that the truth is much simpler.

"African Americans were routinely assigned to jobs either in the back of the store washing dishes or doing food preparation so customers would not see them," Cordes said.

The lawsuit alleges that the company's top managers dictated that "people who are `Black, Fat, and/or ugly' should never be permitted to work the cash registers."

The lawsuit contends Vines, of Castle Shannon, would be moved to the back of the store whenever owner Sam Covelli was at the Mount Lebanon location where Vines worked from November 2009 until he quit in August 2011, or whenever local or district managers expected a visit from Covelli. Both lawsuits contend a district manager reprimanded Donatelli and told him Covelli would "(expletive) if he got a look at `that'" - meaning Vines working anywhere customers could see him.

Both lawsuits contend Donatelli found Vines to be a polite, hardworking employee who was willing to work extra shifts and change schedules as needed. Despite that, both lawsuits claim the district manager became upset with Donatelli in February upon seeing Vines working the cash register, telling Donatelli, "You know that is a death sentence for me and you if Sam would walk in and see him on register."

The district manager told Donatelli that Vines' job performance wouldn't matter to Covelli, and Donatelli objected but was ultimately forced to obey orders to keep Vines in the back of the shop, according to the lawsuits.

Donatelli, 49, said he was hired as an assistant manager of the store in the upscale suburb of Mount Lebanon in March 2007 and became its general manager in August 2010. Donatelli was fired Sept. 7 after he requested an additional month off after taking 12 weeks of government mandated medical leave after hip surgeries.

The Covelli Enterprises statement contends Vines' lawsuit is "riddled with inaccuracies and misrepresentations of the actions that led to Mr. Vines' walking off the job."

Vines' lawsuit doesn't dispute that he quit, but argues he was "constructively discharged" - a legal term that means he might as well have been fired because he resigned due to the alleged discrimination.

St. Louis-based Panera Bread Co., which offers freshly baked bread, sandwiches and soups in a sit-down setting for slightly higher prices than those at most fast-food chains, says on its website it has about 1,500 company-owned and franchise-operated bakery-cafes in 40 states and in Ontario, Canada, under the Panera Bread, Saint Louis Bread Co. and Paradise Bakery & Cafe names. A company spokeswoman didn't immediately respond to a request for comment Thursday.

According to its website, Covelli is the fifth-largest restaurant franchisee in the country and develops and manages the franchise rights of nearly 200 Panera cafes in northeast Ohio, western Pennsylvania, West Virginia and West Palm Beach, Fla.