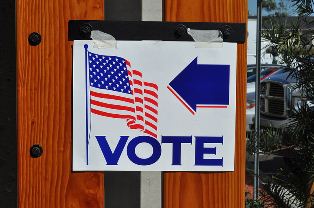 WASHINGTON (AP) -- The Supreme Court appeared to struggle Monday with what to do about holding elections in Texas for the state legislature and Congress in a case that could affect the federal Voting Rights Act and even the balance of power in the House.

Texas' primaries already have been pushed back once from March to early April amid a dispute between the GOP-dominated state government and minority groups.

Several justices considered whether courts could resolve the matter in time for the April vote. "Why can't this all be pushed back and wouldn't that eliminate a lot of the problems we are grappling with in this case?" Justice Samuel Alito asked.

At issue is whether Latinos and African-Americans who accounted for the vast majority of the state's 4 million new residents in the 2010 census have appropriate political power. The outcome also might help determine the balance of power in the House in this year's congressional elections. Republicans currently hold the majority.

The justices wrestled with whether the state's plan or maps drawn by federal judges in San Antonio that are friendlier to minorities should take effect, or whether some new effort should be made.

There was no consensus apparent at an afternoon argument session at the high court, although the justices on the liberal side of the court seemed more sympathetic to minority groups and the conservatives appeared more favorable to the state.

The legal wrangling is complicated by the involvement of three federal courts - district courts in San Antonio and Washington, and the Supreme Court.

The dispute arises under the Voting Rights Act, which protects racial and ethnic minorities from discrimination at polling places. In addition, all or parts of 16 states - mainly in the South and with a history of discrimination in voting - must get Justice Department or a Washington court's approval before making changes in the way elections are conducted. Texas is covered by the so-called preclearance requirement for its electoral changes.

The issue has come to a head now because Texas needs political maps that reflect its population growth to hold elections this year.

Texas wants to use its maps even though the Washington court has so far refused to approve them. A trial on those maps is scheduled to begin next week.

The San Antonio court, hearing a separate lawsuit filed by minorities, drew maps of its own in November because the period for candidates to file to run for office was approaching.

The justices jumped into the case at Texas' request because the state objected that the judges did not take the state's maps sufficiently into account when they drew their own. Texas Attorney General Greg Abbott, a Republican who attended Monday's arguments, said "the judges disregarded the will and sovereign power of the state of Texas."

Abbott said a high court ruling by February 1 could allow the primaries to take place as scheduled on April 3.

One possible path is to wait for the Washington court to rule, which could clear up several problems in this case relating to how the different federal courts interact.

Jose Garza, the San Antonio-based lawyer representing Mexican-American state lawmakers and other opponents of the state's maps, said he expects a decision by mid-February.

But Justice Ruth Bader Ginsburg said she doubted the court could move that quickly, leaving the justices to ponder how fast they should act and when voting in Texas should take place.