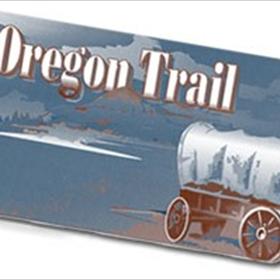 WASHINGTON (AP) -- Politicians normally shy away from saying they want to cut food stamps, but this year's Republican presidential candidates are using domestic food aid as an example of a welfare state gone awry.

Supporters of the program say it is one of the most reliable safety nets for families who suddenly find themselves unable to pay for food, and politically the program has proved almost untouchable over many decades. More than 45 million people received the benefit last year at a $75 billion cost to the government, a record number as the economy has flailed.

Republican presidential candidate Newt Gingrich and fellow contender Rick Santorum, both heavily involved in congressional welfare reform efforts in the mid-1990s, say the government should stop promoting a welfare-like state and convert food stamp spending to block grants to states, a move that could freeze spending and cut the benefit to many who now receive it. A spokesperson for Republican Mitt Romney says the former Massachusetts governor also supports turning the nation's food stamp program into state block grants, though he rarely mentions it.

Both Gingrich and Santorum faced criticism this week when they spoke of overhauling food stamps and other welfare programs by seeming to equate food stamp recipients and blacks. Gingrich said he would encourage blacks to demand paychecks, not food stamps, and Santorum said that he did not want to "make black people's lives better by giving them somebody else's money. I want to give them the opportunity to go out and earn the money."

According to 2010 census numbers, about 26 percent of food stamp recipients are African-American, while 49 percent are white and 20 percent are Hispanic.

Gingrich often calls President Barack Obama "the food stamp president," a reference to the poor economy and the huge spike in food stamp costs since he took office. The program - now known as the Supplemental Nutrition Assistance Program, or SNAP - has more than doubled in cost since 2008, driven by high, sustained unemployment, rising food prices and a temporary expansion of the benefit in the 2009 economic stimulus bill.

Gingrich and Santorum have pushed similar agendas to House Republican leadership, which offered a budget last year that would have converted the food stamp dollars to block grants to states and made the assistance contingent on work or job training. Federal spending on the benefit is currently unlimited for those who qualify, prompting huge spikes in spending as the economy headed south in recent years and many people who had never used the program found themselves out of work and unable to feed their families.

The House passed the budget last year but it died in the Democratic-led Senate. Anti-hunger groups and many Democrats, not surprisingly, have vehemently opposed the idea of block granting food stamp money to states. They say block grants would feed fewer people and could cut as much as 20 percent from the program over a decade.

Romney said in November that he would send food stamps to the state level along with other government programs like Medicaid. He also disagreed with Agriculture Secretary Tom Vilsack when Vilsack said the aid can be a stimulus to retailers and the economy.

"I think that there's some folks like Tom Vilsack and President Obama himself that imagine that if you just throw money at people, that somehow that will make the economy better," Romney said in August. "But we're out there borrowing money from the Chinese, to hand out money here, and that is not going to get America working again."

Despite conservative sentiment to change the system - and the Republican candidates who are willing to speak out against it - it is unclear whether Congress will ever take on the issue. Gingrich and other Republicans proposed food stamp overhaul as part of the welfare reform signed by President Bill Clinton in 1996, but more moderate Republicans helped block it.

More than 15 years later, the issue has remained on the congressional back burner.

Robert Rector, a senior research fellow at the conservative Heritage Foundation, has been working on welfare issues since Ronald Reagan was president. He says he believes there is a public misperception of the issue. While he says the 1990s welfare reform package is generally popular among current voters, many don't want Congress to touch the issue of food stamps.

But Rector believes many people think that recipients are required to look for work or enter job training in order to receive food stamps. When asked if able-bodied adults should be required to try and find work as a prerequisite for aid, many voters agree, he says.

"In the long term what you have to do is transform this program from being a cash entitlement program into a program that promotes work and self-sufficiency," he says.

Vicki Escarra, president of the anti-hunger group Feeding America, says the idea of fixing the deficit by cutting food assistance "lacks both compassion and reason."

"Food stamps and other anti-hunger programs give hope to struggling Americans and protect them from deeper crisis as they work to get back on their feet," she says.