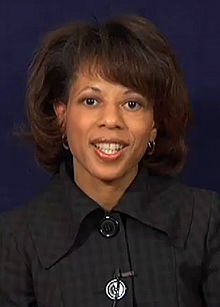 WASHINGTON (AP) -- Melody Barnes is leaving as White House chief domestic policy adviser at a time when President Barack Obama's administration is getting little notice for its work on the home front to fix the struggling economy.

Barnes, who will be gone by Tuesday, is quick to point out that there have been many domestic achievements, even though the public is dissatisfied.

"I completely understand what the American public is feeling," she said in an interview in her tidy West Wing office. "Real people are hurting in a significant way. ... At the same time, I'm proud of the things we've been able to accomplish over the last few years."

Her office is wrestling with multiple thorny issues now just as it was when Barnes started as Obama's domestic policy team director in 2009.

Back then, the economy plunged into free-fall and the country was in its worst economic crisis since the 1930s. Jobs were being lost at a rate of about 750,000 a month - a number Barnes still finds so staggering she said she has to double-check it every time she says it.

Homes were being foreclosed, unemployment was skyrocketing and reaching double the national average in the black community. The wars in Iraq and Afghanistan dragged on, an outbreak of H1N1flu virus became a pandemic, and a tsunami that hit Japan crippled a nuclear plant near Tokyo, to name some of the highlights.

Even her chance to play golf with the president, the first time a woman joined him, was a response to what was a public image crisis for Obama. The president was getting flak for playing basketball with men and fostering complaints about a boys' club in the White House.

Just before Christmas, the president and Congress wrangled over a two-month extension of a Social Security payroll tax cut and unemployment benefits. Obama won a victory when the proposal won bipartisan support in the Senate and finally was accepted by House Republicans under extreme pressure.

Barnes, a Richmond, Va., native with a career in government and private sector work, is bowing out of the political arena as Obama struggles with low approval ratings on his handling of the economy.

A majority of Americans do not think the president deserves a second term, according to the most recent Associated Press-GfK poll. But at the same time, the unemployment rate has dropped to 8.6 percent, the lowest level since March 2009. The president's overall approval rating stands at 44 percent, the lowest of his term in AP-GfK surveys.

His strong stance against House Republicans in the payroll tax standoff has caused an uptick in approval ratings in subsequent polls.

Barnes expects the list of legislative victories that she and others pulled off amid the hemorrhaging economy will become more clear in the coming year as the dark clouds of the economy disperse.

She tops that list with the early work to stabilize the economy, 21 months of consistent job growth and the president's long-term investments in education overhaul, an area that became her specialty.

"Our work on education reform, it'll be part of this president's legacy," she said.

Barnes said that with a fraction of what the federal government spends annually on education, about $100 billion, from the American Recovery and Reinvestment Act of 2009, the administration tapped into an education reform movement taking place at the grass roots among governors and local communities frustrated with the prescriptive, one-size-fits-all mandates of No Child Left Behind, the Bush administration's education cornerstone.

Congress has yet to approve revisions to No Child Left Behind, states are using up the stimulus money, and Obama's Race to the Top grant program faces spending cuts. But Barnes said Obama has given a boost to education law changes that now allow such things as connecting student performance and teacher evaluations.

Barnes, chief counsel to the late Sen. Edward Kennedy on the Senate Judiciary Committee, said Obama also deserves credit for passage of a health care overhaul, legislation that she had worked on for eight years with Kennedy. The Massachusetts senator spent his career trying to restructure health care.

"When you are worried about day to day, it's hard to step back and to take all those other things in," Barnes said. "Although at the same time, I'm literally in the grocery store and people come up to me and say, `Hey, you work for the president. You keep on doing what you are doing.' "

Married a few months into the president's first year, Barnes plans to spend more time with family. She is considering offers in the private sector but hasn't disclosed what those are.