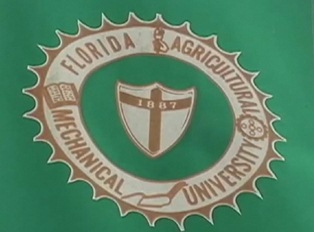 TALLAHASSEE, Fla. (AP) -- Authorities looking into the death of a Florida A&M University drum major opened a new investigation after they uncovered possible employee fraud and misconduct at the school, according to documents released Wednesday.

The Florida Department of Law Enforcement sent letters to the head of the FAMU board and the head of the state university system telling them of their discovery. The letters did not detail the potential fraud or misconduct, saying only that it involves school employees as well as "persons associated" with the university.

The school's president, James Ammons was hired more than four years ago as part of an effort to clear up past problems at the university. State audits found that some financial records could not be verified and there was questionable contracting. The college also could not account for millions of dollars in inventory.

A FAMU spokeswoman said she had not seen the letters and could not immediately comment.

Last week, the school's board of trustees publicly reprimanded Ammons after a contentious debate on whether he should have been placed on leave.

Solomon Badger, chairman of the FAMU board, said the university would cooperate with the new investigation.

"I didn't know anything about the fraud and I still don't," Badger said.

Investigators uncovered the potential fraud while looking into what is believed to be the hazing death of Robert Champion, a Marching 100 band member. Champion died Nov. 19 after he was found unresponsive on a bus parked in front of an Orlando hotel after the FAMU football team lost to a rival school.

University officials suspended the famed Marching 100 band from performances until the investigation into his death is completed.

Ammons also fired band director Julian White and expelled four students connected to Champion's death. But the university rescinded those decisions and instead placed White on administrative leave at the urging of the state law enforcement agency. Authorities said they did not want disciplinary actions to interfere with the criminal investigation into Champion's death.

Earlier this week, three band students were arrested and accused of hazing a freshman clarinet player this fall by severely beating her legs.