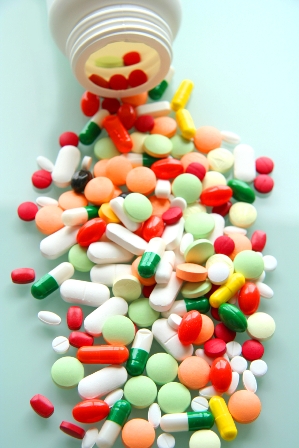 SAN ANTONIO (AP) -- Breast cancer experts are cheering what could be some of the biggest advances in more than a decade: two new medicines that significantly delay the time until women with very advanced cases get worse.

In a large international study, an experimental drug from Genentech called pertuzumab held cancer at bay for a median of 18 months when given with standard treatment, versus 12 months for others given only the usual treatment. It also strongly appears to be improving survival, and follow-up is continuing to see if it does.

In a second study, another drug long used in organ transplants but not tried against breast cancer - everolimus, sold as Afinitor by Novartis AG - kept cancer in check for a median of 7 months in women whose disease was worsening despite treatment with hormone-blocking drugs. A comparison group that received only hormonal medicine had just a 3-month delay in disease progression.

Afinitor works in a novel way, seems "unusually effective" and sets a new standard of care, said Dr. Peter Ravdin, breast cancer chief at the UT Health Science Center in San Antonio. He has no role in the work or ties to drugmakers. Most patients have tumors like those in this study - their growth is fueled by estrogen.

Results were released Wednesday at the San Antonio Breast Cancer Symposium and some were published online by the New England Journal of Medicine. They come a few weeks after federal approval was revoked for another Genentech drug, Avastin, that did not meaningfully help breast cancer patients. It still is sold for other tumor types.

The new drugs are some of the first major developments since Herceptin came out in 1998. It has become standard treatment for a certain type of breast cancer.

"These are powerful advances ... an important step forward," said Dr. Harold Burstein, a breast expert at Dana-Farber Cancer Institute in Boston who had no role in the studies.

A reality check: The new drugs are likely to be very expensive - up to $10,000 a month - and so far have not proved to be cures. Doctors hope they might be when given to women with early-stage cancers when cure is possible, rather than the very advanced cases treated in these studies.

Even short of a cure, about 40,000 U.S. women each year have cancer that spreads beyond the breast, and treatment can make a big difference in their lives.

Rachel Midgett is an example. The 39-year-old Houston woman has breast cancer that spread to multiple parts of her liver, yet she ran a half-marathon in Las Vegas on Sunday. She has had three scans since starting on Afinitor nine months ago, and "every time, my liver lesions keep shrinking," she said.

"My quality of life has been wonderful. It's amazing. I have my hair. ... If you saw me you wouldn't even know I have cancer."

Genentech, part of the Switzerland-based Roche Group, applied Tuesday to the federal Food and Drug Administration for permission to sell pertuzumab (per-TOO-zoo-mab) as initial treatment for women like those in the study.

The drug targets cells that make too much of a protein called HER2 - about one of every four or five breast cancer cases. Herceptin attacks the same target but in a different way, and the two medicines complement each other.

The study tested the combination in 808 women from Europe, North and South America and Asia and found a 6-month advantage in how long the cancer stayed stable. All women also received a chemotherapy drug, docetaxel.

"That's a huge improvement" in such advanced cases, said study leader Dr. Jose Baselga, associate director of the Massachusetts General Hospital Cancer Center. He is a paid consultant for Roche.

So far, 165 deaths have occurred - 96 among the 406 women given Herceptin and chemo alone, and only 69 among the 402 women also given pertuzumab. Doctors won't know whether the drug affects survival until there are more deaths.

The most common side effects were diarrhea, rash and low white blood cell counts, which often occur with cancer treatment. The dual treatment did not cause more heart problems - an issue with other Herceptin combinations.

"We're really pleased that there were no new safety signals" and that pertuzumab is so promising, said Dr. Sandra Horning, Genentech's global development chief of cancer drugs.

Another study is testing pertuzumab in 3,800 women with early breast cancer. Genentech says it has not set a price for pertuzumab, but sells Herceptin for $4,500 a month to doctors, who mark it up and add fees to infuse it. Herceptin's U.S. patent expires in 2019, so combination treatment might be more affordable once generic Herceptin is available.

"Pertuzumab is a winner" and should win government approval, said Dr. Eric Winer of the Dana-Farber cancer center.

Dr. Gary Lyman, a treatment effectiveness researcher at Duke University, called the results "quite impressive," unlike what turned out to be the case for Avastin. He was on an FDA panel that recommended accelerated approval for Avastin as well as the recent panel that urged revoking its use for breast cancer because later studies did not bear out its early promise.

Winer and Lyman have no role in the new studies or financial ties to any drug companies.

The other study tested Novartis AG's Afinitor, which has long been sold for preventing organ rejection after transplants and to treat a few less common cancers including the type of pancreatic tumor that killed Apple founder Steve Jobs. It blocks one pathway cancer uses to spread. A one-month supply costs $11,000.

The 724 women in the study were worsening despite treatment with hormone-blocking medicines. They all were given one they had not taken before, and some also got Afinitor.

After about a year of follow-up, cancer progression was delayed 7 months in the group getting Afinitor and 3 months in the others.

"The two together have a much greater effect than you would expect from either alone," said study leader Dr. Gabriel Hortobagyi, breast cancer research chief at the University of Texas MD Anderson Cancer Center in Houston. "They snip two wires that are critical" for growth signals to continue, he said.

"I have patients who tell me how long they live is not as important as the quality of the remainder of their life, where other patients will do just about anything and will tolerate any toxic levels or side effects," Hortobagyi said. "This is clearly one additional option for patients."

The cancer conference is sponsored by the American Association for Cancer Research, Baylor College of Medicine and the UT Health Science Center.