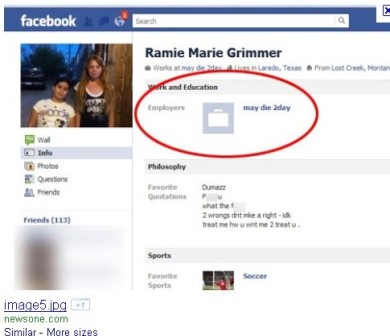 LAREDO, Texas (AP) -- In one of the poorest counties in the U.S., neighbors still pitied Rachelle Grimmer and her children. Grimmer would walk down the highway after midnight and beg closing crews at restaurants for food they planned to throw away.

Her children, 12-year-old Ramie and 10-year-old Timothy, didn't go to school. They bathed outside the family's trailer with the garden hose. Timothy wore the same camouflage shorts day after day.

Grimmer didn't have a job, and the state had denied the family food stamps and emergency help despite repeated requests. Tragic shootings sometimes come without warning, but interviews with family members and neighbors show there were many signs of frustration before Grimmer entered a state welfare building with a .38-caliber handgun earlier this week and shot herself and her children after a seven-hour standoff.

Ramie died Wednesday night at a San Antonio hospital; her brother was taken off life support Thursday. They led a miserable, nomadic life leading up to the standoff - which Ramie live-updated on Facebook with an eerie mix of detachment ("im bored") and dread ("may die 2day").

The children's father, Dale Grimmer, had tried three times since his divorce about six years ago to have them removed from his ex-wife's custody while they were living in Montana and Ohio, said his mother, Mary Lee Shepherd. She claimed her daughter-in-law had a history of mental illness that authorities ignored.

But Grimmer's friends disputed that, and the Montana Department of Public Health and Human Services had no calls about the family in its records, agency spokesman Jon Ebelt said. Ohio officials would not provide information about the family without an open records request, which can take weeks or even months to process.

Oscar Cuerrlar, a carpenter and neighbor in the Laredo trailer park where they moved in the spring, said he brought the family grilled fish and chicken after Grimmer's request for food stamps was denied; the only cooking surface in the RV was an electric skillet. He rejected the idea that Grimmer was mentally ill.

"Why is the mother-in-law saying that? That she suffered from mental problems? The woman spoke well with everyone," Cuerrlar said.

And yet, the family was clearly in dire straits even by the standards of Webb County, where the per capita income of $13,600 is among the lowest in the nation. By most accounts, Grimmer didn't come close to scraping together near that much money.

At the Towne North Mobile Home and RV Park in Laredo, she paid $400 a month to dock her ragged RV, which has a wide crack in the outer wall filled by a scrunched child's bed sheet. The refrigerator was outside. Manager Janie Rodriguez's office was next to Grimmer's lot, and the two became close.

Grimmer didn't have a job, though Rodriguez said she sometimes made decorative pillows to sell. She suspected Grimmer paid her rent with child support checks. State records show the mother filed paperwork to open a business in April called "ShellRamieTim" but there's no indication of what she planned to sell.

Cuerrlar said she sold her red Ford truck to a scrapyard for $400 for food. When that ran out, she resorted to begging at restaurants.

Yet their ragged RV may have been a step up. A state child welfare worker checked on the family in July 2010 after receiving a report they were staying in tent on a Texas beach. Grimmer showed the investigator she had food and money and proved the children were being home-schooled. The Grimmers stayed in the tent and the case was closed.

Patrick Crimmins, spokesman for Texas Department of Family and Protective Services, said he could not speak in detail about the incident or why investigators didn't act on a family potentially living on a beach.

"I'm guessing at the time it wasn't cold," Kerr said. "They had food. The mother was able to demonstrate she could get more food. The basics - food, clothing and shelter - can be covered in a way you and I might not feel comfortable with."

In July, Grimmer applied to join 3.7 million other Texans receiving food stamps. The state rejected her application month later because she never submitted proof of income, such as documentation of how much child support she received, said Stephanie Goodman, a spokeswoman for the Texas Department of Health and Human Services.

Grimmer also was denied emergency benefits because she reported that her child support was greater than her monthly expenses for rent and utilities, Goodman said. On Aug. 8, the state closed the family's file, and three months passed before caseworkers heard from her again.

In mid-November, she asked the state to review her food stamp application again. It was rejected once more, but Grimmer never knew that. An agency supervisor couldn't reach her by phone.

What seems clear is that Grimmer became increasingly desperate. When Rodriguez led police inside the home early Tuesday, it looked as if the place had been ransacked. All the cabinets were flung open. The drawers had been pulled out and ransacked. A dirty pail of water in the kitchen caught Rodriguez's eye.

"Things were falling out of the doors. Blankets were thrown this way and that," Rodriguez said. "It's like she was looking for something she couldn't find."

On a table, in plain sight, was a box of bullets.