Minister: China Wants to Invest in Us Roads, Rails 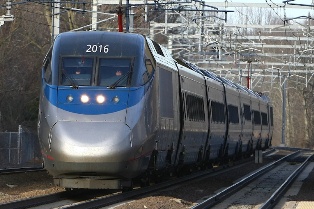 BEIJING (AP) -- China wants to convert some of its mountain of U.S. government debt into investment in renovating American roads and subways, the commerce minister said Friday.

Such investments would tie China more closely to Western economies and might help defuse fears Beijing will use its $3.2 trillion in foreign reserves - some $1.15 trillion of that in Treasury and other U.S. government debt - as a political weapon.

"We hope to achieve cooperation in the area of infrastructure," Chen told members of the American Chamber of Commerce in China.

Chen said he was amazed at the high quality of American subways and other infrastructure when he visited 20 years ago but many roads, railways and ports today need renovation.

Also this week, the chairman of China's sovereign wealth fund said it wants to invest in projects to improve British roads and infrastructure. He said that would help to boost feeble global economic growth.

Beijing is encouraging Chinese companies to investment more abroad to reduce the country's reliance on exports and investment. It has sent trade and investment delegations to the United States, Europe and elsewhere to look for opportunities.

The minister acknowledged disagreements between Beijing and Washington over global trade talks, trade in environmental technology and other areas but said the two governments had more areas of common interest.

Chen repeated Beijing's longstanding appeal to Washington to relax restrictions on exports of "dual use" technologies with possible weapons applications.

"We hope Chinese-U.S. trade will continue to grow and the imbalance will shrink. But that takes both of us to achieve," he said.

China's economic growth should be above 9 percent next year despite "difficulties and obstacles" in the global economy that are battering consumer demand, Chen said. He noted that China also faces domestic problems including inflation.

Beijing eased lending curbs this week in an effort to spur business growth, reversing course after spending the past two years trying to cool an overheated economy with interest rate hikes and investment controls.

"I can assure you the Chinese economy will have a slight slowdown but nonetheless it will enjoy stable and sound development," Chen said.