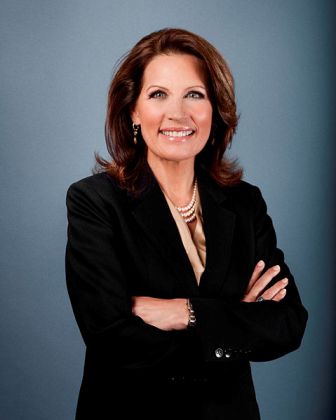 WASHINGTON (AP) -- Michele Bachmann did not intend to be taken literally when she told the Republican presidential debate Tuesday that civil-liberties activists have taken over the interrogation of terrorists from the CIA. But even as a rhetorical point, it didn't hold water.

Her hyperbole on the American Civil Liberties Union was one of the more notable stretches in the national security and foreign policy debate. A look at some of the claims and how they compare with the facts:

BACHMANN: "This is one thing we know about Barack Obama: He has essentially handed over our interrogation of terrorists to the ACLU. He's outsourced it to them. Our CIA has no ability to have any form of interrogation for terrorists."

THE FACTS: The CIA still has the ability to interrogate terrorists. President Obama formed the High Value Interrogation Group, which includes the FBI, the CIA and the Pentagon. It centralizes expertise so that when a terrorism suspect is caught, everyone with a stake in the issue is involved in the questioning. The CIA also can sit in on interrogations in other countries, asking questions directly or through officials of the host government.

Whether the policy on interrogating suspects should be tougher is a matter of authentic debate. But the CIA is hardly emasculated. The agency has dramatically expanded its on-the-ground operations worldwide since 2001, and the U.S. killing of a succession of al-Qaida figures in Pakistan - Osama bin Laden chief among them - demonstrates the potency of the hunt for terrorists. Moreover, the U.S. killing of an American citizen abroad - the radical cleric Anwar al-Awlaki - is well outside the range of action that would be condoned by civil liberties advocates.

MITT ROMNEY: "What they're doing is cutting a trillion dollars out of the defense budget."

RON PAUL: "They're nibbling away at baseline budgeting. ... There's nothing cut against the military. And the people on the Hill are nearly hysterical because they're not going ... the budget isn't going up as rapidly as they want it to."

THE FACTS: Paul was more accurate than Romney in describing what is happening with defense spending. Constraints in the military budget are much more modest than Romney suggested.

Both Romney and rival Rick Perry have been criticizing Obama for looming defense cuts that are triggered by the failure of the deficit supercommittee to act. But the cuts would only slow the rate of growth of Pentagon spending, which has been vastly increased because of the wars in Iraq and Afghanistan, now winding down. According to the nonpartisan Congressional Budget Office, the planned Pentagon budget for 2021 would be some $700 billion, an increase over the current level of about $520 billion. The cuts agreed to last summer plus the automatic reductions would trim the projected 2021 budget by about $110 billion.

Moreover, the spending cuts set in motion by the supercommittee's failure to reach an agreement are not to begin until January 2013, which gives lawmakers time to try again to produce a debt plan. That's what Obama has in mind - using the threat of defense cuts to push lawmakers to make a deal.

Romney's figure encompasses two sets of Pentagon spending cuts, only one of which was proposed by Obama. The president's budget called for $450 billion in savings from the defense budget; the rest is fallout from the supercommittee, a creature of Congress.

RICK PERRY: "When you sanction the Iranian central bank, that will shut down that economy. ... This president refuses to do that, and it's another show of lack of leadership from the president of the United States."

THE FACTS: Obama, like George W. Bush before him, hasn't issued a blanket ban on dealings with Iran's central bank. Perry could try as president, but he'd find himself with some angry allies and perhaps some economic damage for the United States.

U.S. sanctions already severely restrict what contact American and foreign companies can have with Iranian banks. That has made the central bank the primary conduit for purchasing Iranian oil exports.

Blacklisting the central bank entirely would put energy companies and banks from places such as Japan in a dilemma: either find new oil sources, or risk punishment in the United States. The same applies for China, Russia, Turkey and other countries with investments in Iran - and the rush for new fuel providers could lead to a spike in gasoline prices that hampers the American economic recovery.

In reality, however, it's unlikely the U.S. would be prepared to blacklist Japan's banks for financial transactions with Iran's central bank. So the power of the sanction would be unclear.

BACHMANN: "Almost every decision that the president has made since he came in has been one to put the United States in a position of unilateral disarmament, including the most recent decision he made to cancel the Keystone pipeline. That would have not only created jobs, but it would have helped us in energy independence."

THE FACTS: Obama didn't cancel the Canadian oil pipeline. Instead, his administration delayed the decision in order to explore an alternative route to avoid areas of Nebraska that include wetlands and an aquifer providing water crucial to huge swaths of U.S. cropland. Bachmann also overlooked that the delay came under pressure from Nebraska Gov. Dave Heineman, a Republican. When the pipeline was delayed, Heineman hailed the decision and called it "an exceptional moment for Nebraskans."

PERRY: "When you put the no-fly zone above Syria, it obviously gives those dissidents and gives the military the opportunity to maybe disband."

ROMNEY: "They have 5,000 tanks in Syria. A no-fly zone wouldn't be the right military action - maybe a no-drive zone. ... I mean, this is a nation which is not bombing its people at this point, and the right course is not military."

THE FACTS: As Romney suggested, a no-fly zone by itself wouldn't do much to stop Syrian tanks and bullets from killing civilians. Unlike in Libya, where Moammar Gadhafi used his air force to fire on cities, President Bashar Assad's government has by and large stuck to ground forces. There have been a few cases of helicopters allegedly being used, but they are exceptions.

Perry's follow-up argument that a no-fly zone in Syria could help deter Iranian terrorism and save Israel wasn't clear. He seemed to be referring to Iranian and Syrian support for anti-Israel groups such as Hezbollah and Hamas, neither of which has air power. Weapons smuggling also can occur by ground or sea.

HERMAN CAIN: "Number one, we know that terrorists have come into this country by way of Mexico."

THE FACTS: It's true that hundreds of illegal immigrants from countries believed to harbor terrorists or where known affiliates of al-Qaida operate have been arrested at or near the Mexican border in the last several years. But Cain goes well beyond what is known about who those people are. In the last few years none of those illegal immigrants has faced terrorism-related charges, and U.S. intelligence officials say they know of no case in which a terrorist has made his way across the border to plot actively against the United States.

A Lebanese man arrested in Michigan in 2005 had paid a smuggler to help him sneak across the Mexican border in February 2001. Mahmoud Youssef Kourani pleaded guilty to providing material support to the Lebanese terrorist group Hezbollah. He was not accused of plotting a terrorist attack in the U.S.