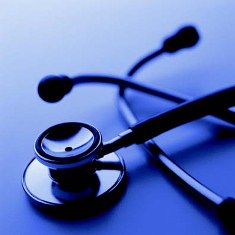 ORLANDO, Fla. (AP) -- Say you've had a heart attack and your insurer offered you free medicines to help prevent another one. Doctors did that in a major study and were stunned to find that only about half of patients took them.

Those who did suffered fewer heart-related problems and saved $500 on average for health care over roughly a year. And it didn't cost the insurer more; in fact, costs were trending lower because of fewer hospitalizations.

"People don't get as sick, and it's people getting sick that costs the most money," said Dr. Lonny Reisman, an author on the study and chief medical officer for Aetna, one of its sponsors.

Aetna plans to start offering some of these drugs for free or with a reduced copayment to some heart attack survivors and is researching whether to do so for other chronic conditions such as diabetes and chronic lung disease, Reisman told The Associated Press.

This study may persuade other insurers to do the same, heart specialists said.

"A drug only works if it's taken," said Dr. Eric Peterson of Duke University. "Adherence in America is miserable," and only 10 percent of patients in this study were taking all medicines they should one year after a heart attack, said Peterson, who had no role in the work.

It was proposed and led by Dr. Niteesh Choudhry of Brigham and Women's Hospital in Boston, who presented results Monday at an American Heart Association conference in Florida. They also were published online by the New England Journal of Medicine. The Commonwealth Fund helped pay for the work and some authors consult for insurance companies.

Several types of drugs - cholesterol-lowering statins and medicines that slow the heart rate and help the heart pump more effectively - can prevent future problems after a heart attack, and they're supposed to be used for the rest of a patient's life. But many people don't take them. In one survey, a third of Americans said they didn't fill a prescription or used less medicine than they should because of cost.

Researchers wanted to see if use would improve if they took the "medicine or milk" choice off the table, said Dr. Elliott Antman of Brigham and Women's, one of the authors and chief of the heart association conference.

The study enrolled 5,855 Aetna plan members who had a drug plan as part of their benefits and were going home from the hospital after a heart attack. They were 53 years old on average, and three-fourths were men. Preventive medicines were offered free to 2,845 patients and prescribed with the usual copays for the rest.

Copays for these drugs run around $50 a month.

Roughly one year later, compliance with taking medicines, measured by how many filled prescriptions, ranged from 36 percent to 49 percent, depending on the drug, and improved only 4 percent to 6 percent in the group that had no copays.

"My God, we gave these people the medicines for free and only half took it," Antman said.

Why don't people take their meds after a life-threatening heart attack?

Some forget. Most of these preventive drugs mean three pills a day, sometimes more frequent doses.

Some suffer side effects; some of these medicines can cause fatigue, lightheadedness, muscle pains, cough - even sexual difficulties for men. That may seem like a high price to pay when you're suffering one of these versus a less tangible prevention benefit.

Even former President Bill Clinton confessed he had stopped taking his cholesterol medicine after leaving office in 2001. He later developed severely clogged arteries that required heart bypass surgery in 2004.

In the study, the main outcome being tracked - the first major heart problem or need for an artery-unclogging procedure - was no different between the groups.

However, the total number of heart attacks, strokes, cases of chest pain or heart failure and other such problems was significantly lower in the group offered free medicines. It meant that an additional 2 of every 100 people were spared such problems because of being offered free medicines, and doctors suspect the difference between the groups would have been greater if more people had filled their prescriptions.

Costs dropped 26 percent for patients in the free drug group compared to the others - about $500 on average - partly because of fewer doctor visits, lab tests and hospitalizations.

Costs for the insurer averaged $69,997 over the next year for those with usual coverage and $64,726 for those offered free medicines. That wasn't considered a big difference statistically, but from an actuarial standpoint, could matter to an insurer, Aetna's Reisman said.

Providing such important medicines for free had a "distressingly modest" impact on patients' willingness to take them, Dr. Lee Goldman of Columbia University and Dr. Arnold Epstein of the Harvard School of Public Health write in an editorial in the medical journal.

They note that common generic medicines cost less than the average copays faced by patients in the study, and speculate that the results should spur interest by other insurers "even if the business case does not yet indisputably confirm lower costs for them."