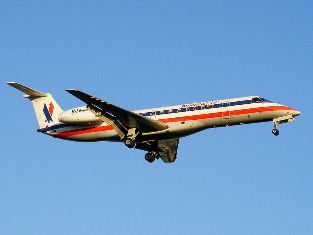 WASHINGTON (AP) -- The Department of Transportation said Monday it has fined a regional affiliate of American Airlines $900,000 for keeping hundreds of passengers cooped up for hours on planes in Chicago earlier this year, a clear warning to airlines on the eve of the holiday travel season that similar incidents won't be tolerated.

American Eagle Airlines had tarmac delays of more than three hours on 15 flights arriving at O'Hare International Airport on May 29, the department said in a statement. A total of 608 passengers were aboard the delayed flights.

The department implemented a new rule in April 2010 limiting tarmac delays on domestic flights to three hours. After that, airlines must either return to a gate or provide passengers who wish to leave planes with some other means of safely getting off. Airlines that violate the rule can be fined as much as $27,500 per passenger.

The rule has since been extended to international flight delays, which are capped at four hours.

"We put the tarmac rule in place to protect passengers, and we take any violation very seriously," Transportation Secretary Ray LaHood said in a statement. "We will work to ensure that airlines and airports coordinate their resources and plans to avoid keeping passengers delayed on the tarmac."

American Eagle blamed the delays on airport congestion caused by a slow-moving weather system. The airline said it has apologized to passengers and provided either travel vouchers or frequent flyer program mileage credit.

"We take our responsibility to comply with all of the department's requirements very seriously and have already put in place processes to avoid such an occurrence in the future," American Eagle President and CEO Dan Garton said in a statement.

The airline is the first to be fined for violating the three-hour rule since it took effect 20 months ago. The fine also represents the largest penalty to be paid by an airline in a consumer protection case not involving civil rights violations, although airlines have paid much higher fines for violating federal safety regulations.

The rule was prompted by a series of incidents in which passengers complained of being kept virtual prisoners on planes in sight of an airport terminal. In one famous incident on Valentine's Day 2007, snow and ice in the northeast led to JetBlue Airways stranding hundreds of passengers on 10 planes on the tarmac at New York's John F. Kennedy International Airport for up to 10 1/2 hours.

In August 2009, 47 people were stuck overnight aboard a cramped Continental Express plane with a stinking toilet and crying babies after an employee for another airline refused to let them inside a closed airport terminal in Rochester, Minn., where the plane was diverted due to thunderstorms.

LaHood has hailed the three-hour delay rule as a success. Between May 2010 and April 2011, the first 12 months after the time limit was in effect, airlines reported 20 tarmac delays of more than three hours, none of which was more than four hours long. In contrast, during the 12 months before the rule took effect, airlines had 693 tarmac delays of more than three hours, and 105 of the delays were longer than four hours

A recent Government Accountability Office report confirmed that has been the case: "As our analysis has shown, the rule appears to be associated with an increased number of cancellations for thousands of additional passengers - far more than DOT initially predicted - including some who might not have experienced a tarmac delay."

And lengthy delays haven't entirely disappeared. A freak October snow storm and trouble with landing guidance systems at two New York-area airports recently caused more than 20 flights to be diverted to Bradley International Airport in Hartford, Conn., overwhelming the smaller airport. Passengers on at least three JetBlue planes and an American Airlines plane were stranded on the tarmac for seven hours or more.

The captain of one of the JetBlue flights could be heard pleading over his radio with authorities for help getting passengers, some of whom were becoming unruly, off the plane. The ordeal continued after they were eventually let off and had to spend the night on cots and chairs in terminals.