Poorest Poor in Us Hits New Record: 1 in 15 People 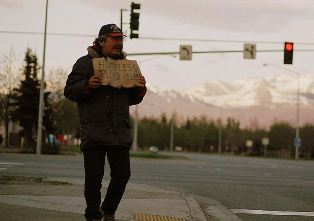 WASHINGTON (AP) -- The ranks of America's poorest poor have climbed to a record high - 1 in 15 people - spread widely across metropolitan areas as the housing bust pushed many inner-city poor into suburbs and other outlying places and shriveled jobs and income.

New census data paint a stark portrait of the nation's haves and have-nots at a time when unemployment remains persistently high. It comes a week before the government releases first-ever economic data that will show more Hispanics, elderly and working-age poor have fallen into poverty.

In all, the numbers underscore the breadth and scope by which the downturn has reached further into mainstream America.

"There now really is no unaffected group, except maybe the very top income earners," said Robert Moffitt, a professor of economics at Johns Hopkins University. "Recessions are supposed to be temporary, and when it's over, everything returns to where it was before. But the worry now is that the downturn - which will end eventually - will have long-lasting effects on families who lose jobs, become worse off and can't recover."

Traditional inner-city black ghettos are thinning out and changing, drawing in impoverished Hispanics who have low-wage jobs or are unemployed. Neighborhoods with poverty rates of at least 40 percent are stretching over broader areas, increasing in suburbs at twice the rate of cities.

Once-booming Sun Belt metro areas are now seeing some of the biggest jumps in concentrated poverty.

Signs of a growing divide between rich and poor can be seen in places such as the upscale Miami suburb of Miami Shores, where nannies gather with their charges at a playground nestled between the township's sprawling golf course and soccer fields. The locale is a far cry from where many of them live.

One is Mariana Gripaldi, 36, an Argentinian who came to the U.S. about 10 years ago to escape her own country's economic crisis. She and her husband rent a two-bedroom apartment near Biscayne Bay in a middle-class neighborhood at the north end of Miami Beach, far from the chic hotels and stores.

But Gripaldi said in the past two years, the neighborhood has seen an increase in crime.

"The police come sometimes once or twice a night," she said in Spanish. "We are looking for a new place, but it's so expensive. My husband went to look at a place, and it was $1,500 for a two-bedroom, one bath. I don't like the changes, but I don't know if we can move."

About 20.5 million Americans, or 6.7 percent of the U.S. population, make up the poorest poor, defined as those at 50 percent or less of the official poverty level. Those living in deep poverty represent nearly half of the 46.2 million people scraping by below the poverty line. In 2010, the poorest poor meant an income of $5,570 or less for an individual and $11,157 for a family of four.

That 6.7 percent share is the highest in the 35 years that the Census Bureau has maintained such records, surpassing previous highs in 2009 and 1993 of just over 6 percent.

After declining during the 1990s economic boom, the proportion of poor people in large metropolitan areas who lived in high-poverty neighborhoods jumped from 11.2 percent in 2000 to 15.1 percent last year, according to a Brookings Institution analysis released Thursday. Such geographically concentrated poverty in the U.S. is now at the highest since 1990, following a decade of high unemployment and rising energy costs.

Extreme poverty today continues to be prevalent in the industrial Midwest, including Detroit, Grand Rapids, Mich., and Akron, Ohio, due to a renewed decline in manufacturing. But the biggest growth in high-poverty areas is occurring in newer Sun Belt metro areas such as Las Vegas, Riverside, Calif., and Cape Coral, Fla., after the plummeting housing market wiped out home values and dried up construction jobs.

As a whole, the number of poor in the suburbs who lived in high-poverty neighborhoods rose by 41 percent since 2000, more than double the growth of such city neighborhoods.

Elizabeth Kneebone, a senior research associate at Brookings, described a demographic shift in people living in high-poverty neighborhoods, which have less access to good schools, hospitals and government services. As concentrated poverty spreads to new areas, including suburbs, the residents are now more likely to be white, native-born and high school or college graduates - not the conventional image of high-school dropouts or single mothers in inner-city ghettos.

The more recent broader migration of the U.S. population, including working- and middle-class blacks, to the South and to suburbs helps explain some of the shifts in poverty.

A study by the Joint Center for Political and Economic Studies found that the population of 133 historically black ghettos had dropped 36 percent since 1970, as the U.S. black population growth slowed and many blacks moved to new areas. The newest residents in these ghettos are now more likely to be Hispanic, who have more than tripled their share in the neighborhoods, to 21 percent.

Just over 7 percent of all African-Americans nationwide now live in traditional ghettos, down from 33 percent in 1970.

"As extreme-poverty neighborhoods emerge in more places, that is shifting the general makeup of those populations," said Kneebone, the lead author of the Brookings analysis.

New 2010 poverty data to be released next week by the Census Bureau will show additional demographic changes.

The new supplemental poverty measure for the first time will take into account non-cash aid such as tax credits and food stamps, but also additional everyday costs such as commuting and medical care. Official poverty figures released in September only take into account income before tax deductions.

Based on newly released estimates for 2009, the new measure will show a significant jump in overall poverty. Poverty for Americans 65 and older is on track to nearly double after factoring in rising out-of-pocket medical expenses, from 9 percent to over 15 percent. Poverty increases are also anticipated for the working-age population because of commuting and child-care costs, while child poverty will dip partly due to the positive effect of food stamps.

For the first time, the share of Hispanics living in poverty is expected to surpass that of African-Americans based on the new measure, reflecting in part the lower participation of immigrants and non-English speakers in government aid programs such as housing and food stamps. The 2009 census estimates show 27.6 percent of all Hispanics living in poverty, compared with 23.4 percent for blacks.

Alba Alvarez, 52, a nanny who chatted recently in Miami, said she is lucky because her employer rents an apartment to her and her husband at a low rate in a comfortable neighborhood on the bay. But her adult children, who followed her to the U.S. from Honduras, are having a tougher time.

They initially found work in a regional wholesale fruit and vegetable market that supplies many local supermarkets. But her youngest son recently lost his job, and since he has no legal status, he cannot get any help from the government.

"As a mother, I feel so horrible. There's this sense of powerlessness. I wanted things to be better for them in this country," Alvarez said. "I (recently) suggested my youngest go back to Honduras. It's easier for me to help him there than here, where rent and everything is so expensive."