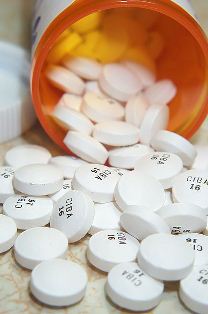 Ritalin and similar medicines that millions of children and teens take to curb hyperactivity and boost attention do not raise their risk of serious heart problems, the largest safety study of these drugs concludes.

Heart attacks, strokes and sudden death were very rare and no more common in children on the drugs than in kids not taking them, the federally funded study found. That was true even for children and young adults with a higher risk of heart problems - a group doctors have long worried about when prescribing these drugs.

"This study would suggest that their risk is remarkably low. And that's good news," said the study's leader, Dr. William Cooper, a pediatrics and preventive medicine professor at Vanderbilt University.

"Parents should be very reassured," said Dr. Laurel Leslie, a pediatrician at Tufts Medical Center in Boston who had no role in the study but served on a Food and Drug Administration advisory panel examining drugs for ADHD, or attention deficit-hyperactivity disorder.

The study was sponsored by the federal Agency for Healthcare Research and Quality and the FDA. Results were published online Tuesday by the New England Journal of Medicine. Results from similar studies of these medicines in adults are expected soon.

More than 5 million children in the United States have been diagnosed with ADHD, which hampers a child's ability to pay attention and control behavior. Although it seems counterintuitive, stimulant medications such as Ritalin, Adderall, Concerta and Strattera can help these children, and about 2.7 million of them are prescribed such drugs each year.

However, isolated reports of heart attacks and strokes in kids taking the drugs caused worry, and the Canadian government curbed use of one drug in 2006. The FDA added a black box warning to some ADHD drugs, and the American Heart Association gave the controversial advice in 2008 that it was reasonable to screen a child starting on such a drug with a heart EKG test.

"There's such strong feelings around these drugs" and whether they are overused in children who might be helped by behavioral therapy alone, Cooper said. "The potential safety questions have added another layer of concern."

His study was aimed at resolving the safety question. Researchers used medical records from four big health plans covering more than 1.2 million people ages 2 through 24. They found 81 cases of serious heart problems from 1998 through 2005 among all people in the study.

Those on ADHD medicines were no more likely to suffer a heart attack, stroke or sudden death than were non-users or former users of such drugs. More than half of children and young adults taking ADHD drugs used methylphenidate - generic Ritalin - and researchers saw no increased risk from that specific drug either.

"The good news is that it doesn't look like overall, there's an increase in cardiovascular events in kids who are on ADHD drugs," said Dr. Gordon Tomaselli, a Johns Hopkins University heart specialist and president of the American Heart Association. "The question parents should be asking themselves is, `Does my child really need this?'"

Cooper, the study's leader, and Leslie, the Boston pediatrician, defended the drugs' use, especially with careful medical monitoring and behavioral therapy.

"I take care of kids all the time who are helped by these drugs," Cooper said.

FDA spokeswoman Sandy Walsh said stimulants "should generally not be used in patients with serious heart problems, or for whom an increase in blood pressure or heart rate would be problematic."

Patients on ADHD medications also should be watched for changes in heart rate or blood pressure, she said.