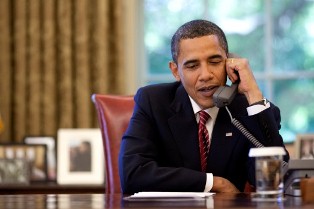 WASHINGTON (AP) -- President Barack Obama is directing the Food and Drug Administration to take steps to reduce drug shortages, an escalating problem that has endangered patients and raised the possibility of price gouging.

Patient deaths have been blamed on the shortages, which tend to affect cancer drugs, anesthetics, drugs used in emergency medicine, and electrolytes needed for intravenous feeding. Hospitals have been forced to buy from secondary suppliers at huge markups. Surgeries and cancer treatments have been delayed.

The executive order would be the latest in the president's campaign to move on initiatives that do not require congressional approval.

Obama also will announce his support for House and Senate legislation that would require drug makers to notify the FDA six months ahead of a potential shortage, the official said. Under current regulations, drug manufactures are only required to notify the FDA if medically necessary drugs are being discontinued. Notification of shortages is strictly voluntary.

The White House official spoke on the condition of anonymity because the order had not been officially announced.

The executive action is part of an overarching push by the White House to portray Obama, who is facing re-election, as an effective counterpoint to congressional Republicans blocking his jobs legislation. Last week, he issued an executive order to help homeowners refinance at lower mortgage rates and to allow college graduates to simplify and lower their student loan payments. On Friday he directed government agencies to shorten the time it takes for federal research to turn into commercial products in the marketplace

The FDA reported 178 drug shortages last year, and the agency says it continues to see an increase in shortages this year. Major causes of drug shortages are said to be quality or manufacturing problems, or delays in receiving components from suppliers. Drug makers also discontinue certain drugs in favor of newer medications that are more profitable. The FDA does not have authority to force drug makers to continue production of a drug.

In the worst known case linked to the shortages, Alabama's public health department this spring reported nine deaths and 10 patients harmed due to bacterial contamination of a hand-mixed batch of liquid nutrition given via feeding tubes because the sterile pre-mixed liquid wasn't available.

Health and Human Services Secretary Kathleen Sebelius and FDA Commissioner Peggy Hamburg were expected to join Obama at the White House as he signs the executive order.

Also invited to attend was a Boston hospital pharmacy manager who has regularly encountered drug shortages, and a 49-year-old San Francisco cancer patient who told an FDA workshop last month how he grappled with a shortage in his chemotherapy drug.